Visit site
Among the millions of motorcycle enthusiasts from around the world, there are always a few die-hards that help the growth of the moto community. These individuals do so by hosting track days, opening up motorcycle shops, teaching new riders, and hosting events for anybody interested in becoming a better rider – or racer, as is sometimes the case.

Meet Rich Ellis, owner of Ellis Speedshop. Modern-day superheroes like Ellis help pass on knowledge to the next generation of racers, get a track bike ready for the next race, or build someone’s dream motorcycle from the days of blue smokes and 2-strokes.

Today we talk about Rich Ellis, what he has accomplished throughout his years on planet earth and his plans for the future.

So sit back, grab your beverage of choice, and join me as we discover one of Canada’s (we stole him from the UK) uncles of road racing.

Who is Rich Ellis?​ 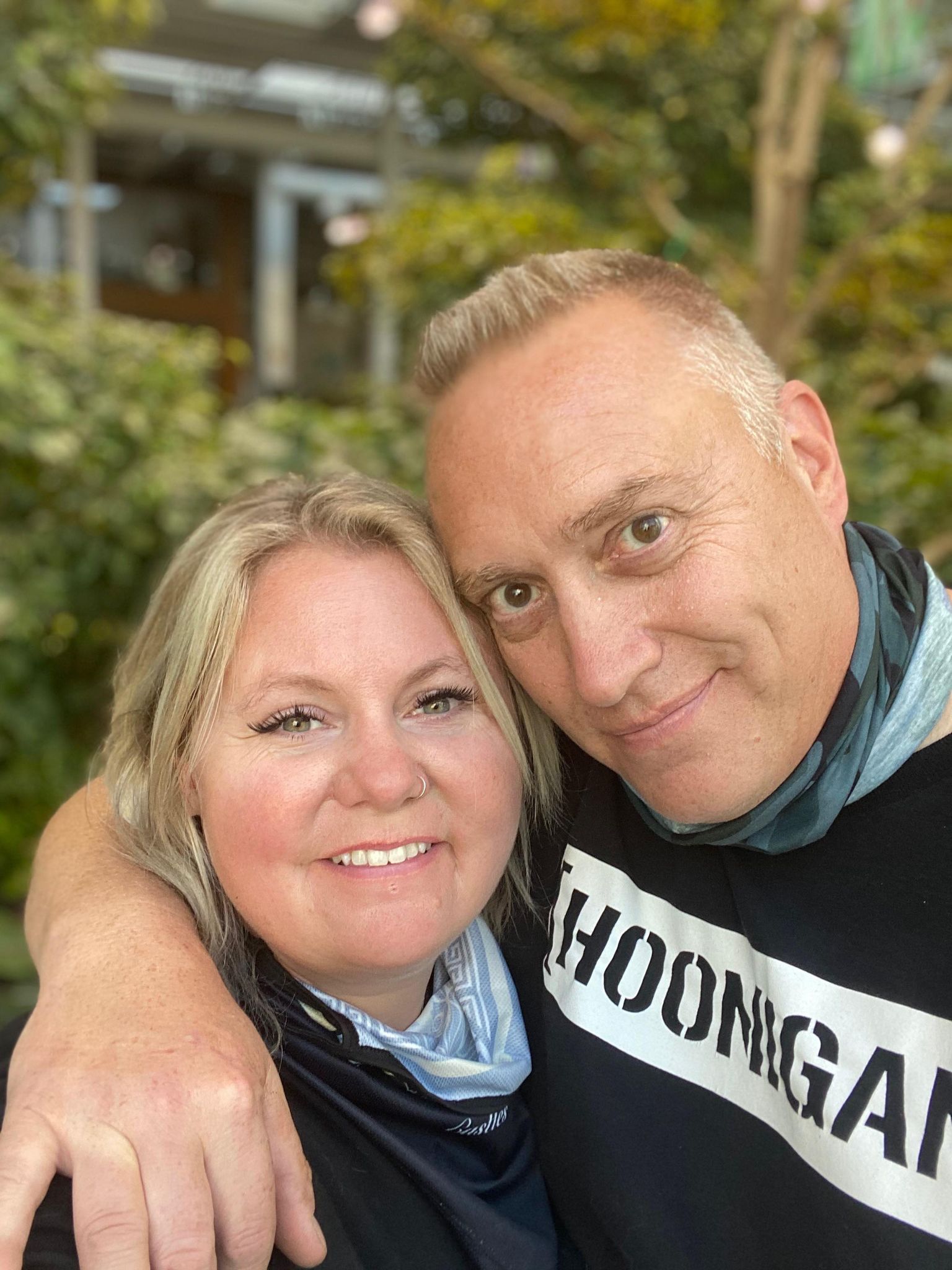 Born and raised in York, England, Rich spent his time growing up ripping through fields on dirt bikes and getting into whatever he could to get his adrenaline pumping. He spent his childhood idolizing racers like Barry Sheene and Joey Dunlop before getting his bike license at 17.

It wasn’t long before he found himself doing track days at Cadwell Park – a track now known to host the British Superbike Championship every August.

When Rich wasn’t on a motorcycle, nothing felt the same. He found the stresses of life put a toll on him until he was back in the saddle of a bike, and it didn’t take him long before he knew that motorcycling was ‘in his blood’. 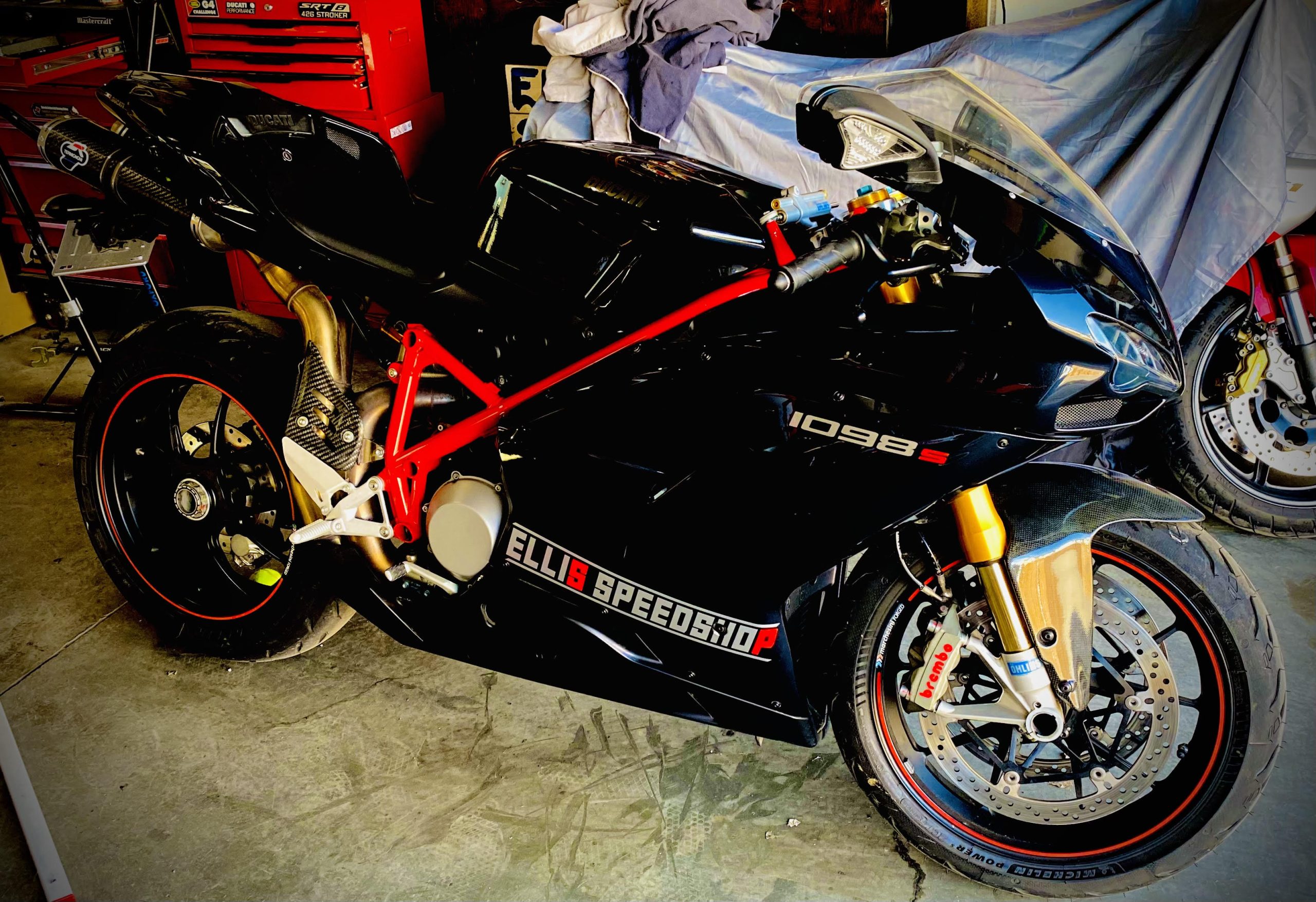 “I Don’t Care About the Speed Limit!”​

Rich got involved with the Road Safe campaign in the UK, working with Police motorcyclists who promote fast riding in a safe manner.

During an event, Rich found himself in the saddle of Suzuki’s 2-stroke, GP-inspired sportbike – the RGV250. While on a test ride with a police officer on a BMW GS, Ellis spoke of his urge to fly through the turns, the high-pitched 250cc begging to be wrung out like a wet towel. Instead, he respected the speed limits and cruised the turns like a lazy Sunday driver. 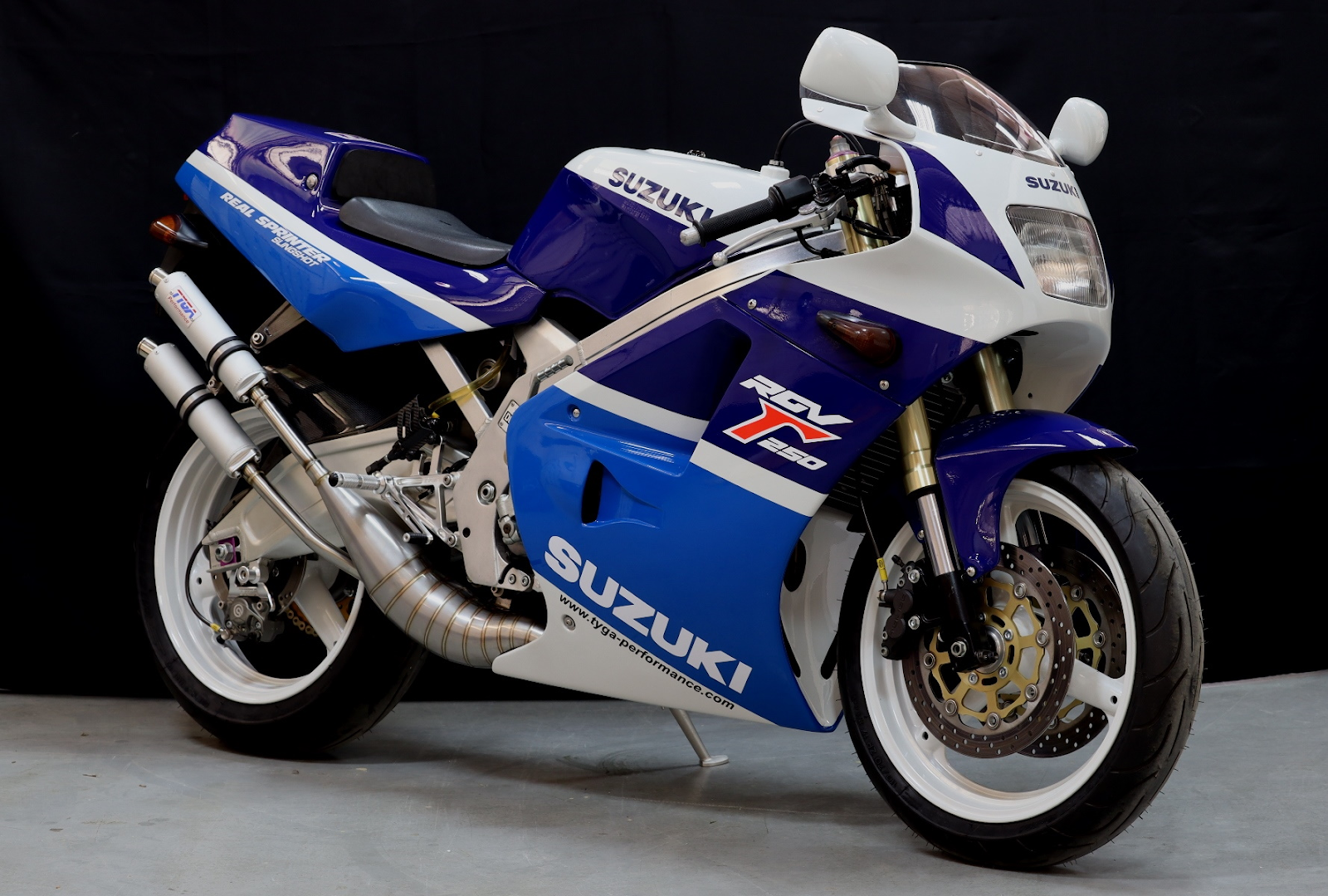 Once he finished the test ride, the officer met Rich with teasing because he “didn’t give it the beans on the twisties.” In Ellis’s mind, despite being a motorcycle enthusiast, the boy in blue was still an officer of the law who wrote out speeding tickets daily – or so he thought.

The officer was quick to reassure him to “have fun, but don’t do anything stupid.”

This experience stuck with Rich for years – and it’s one of many memories that he’s happy to share with anyone over a ‘cuppa tea’ at the shop.

After moving to Canada in 2003, Ellis was fixing to hit the pavement. His North American track days started off at the long-gone (but not forgotten) Race City Motorsport Park in Calgary, Alberta – a track that saw the reunion of some old mates from the UK.

After hopping on a friend’s “far too small” CBR125 and giving it a go around the circuit, Rich realized the size of the engine does not matter but the skill involved – as he was getting lapped by a seven-year-old ripping around the track. 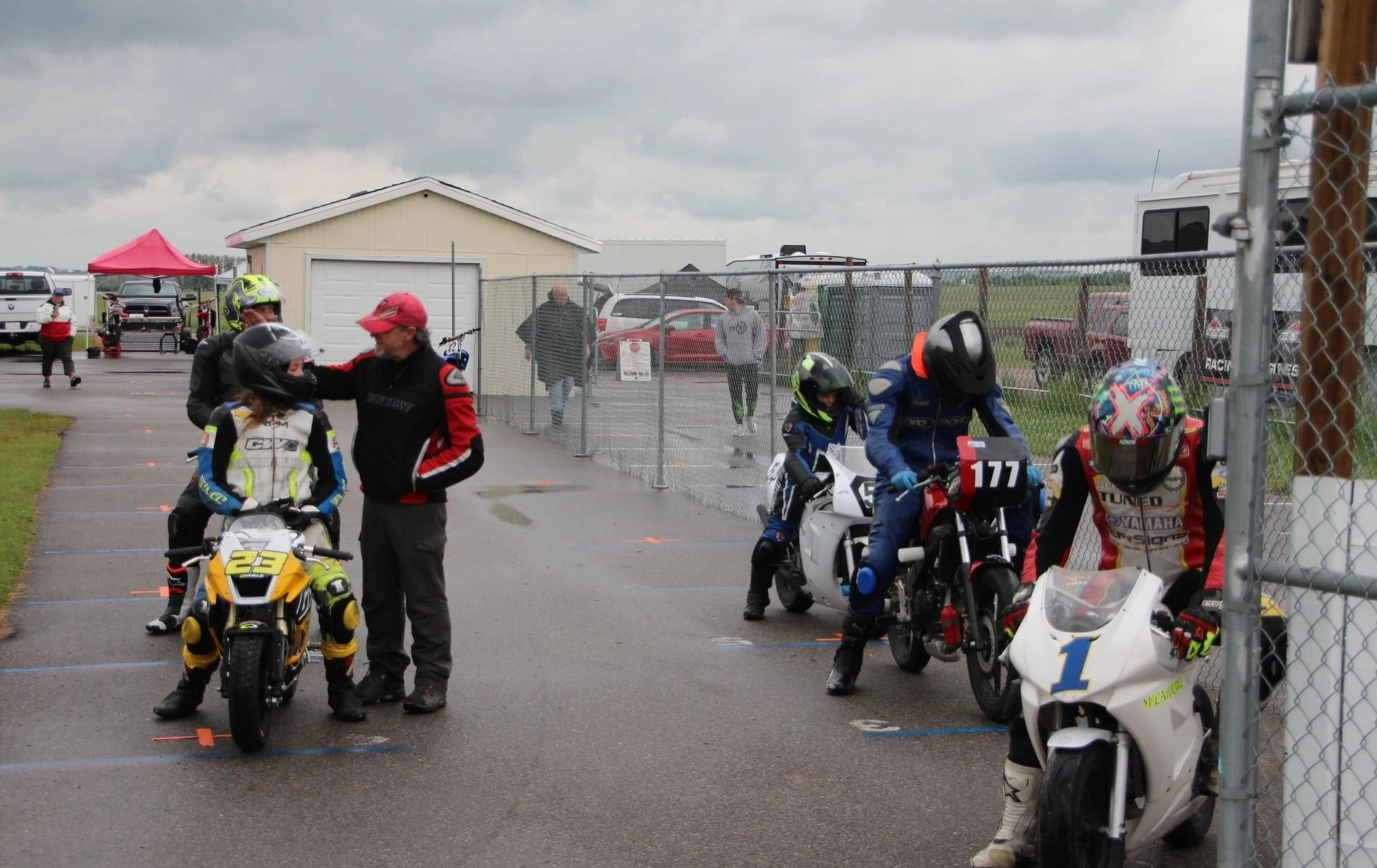 Rich used his skills to help youth riders develop their own – all while donating his time and money to prepping bikes deemed worthy of another track day. This was just the start of his moto journey in Canada.

His careers have transitioned from sales at Ducati, to being a member of the Calgary Police, to selling bikes at Honda. And they all had one thing in common – helping people. In 2020, Rich came to a crossroads: Find another job, or pursue his passion in motorsports. Rich’s wife, Jenny, played a crucial role in developing his love for helping people and working with motorcycles.

“Jenny gave me a kick in the backside”, Ellis mentions sheepishly. He goes on to speak of how she helped him finally pursue his brand, ‘Ellis Speedshop’.

Ellis went from spending two hours a day working on one bike to a garage full of two-wheeled machines and tons of work on the go – laying claim on the entire home garage in the process – with full support from his wife.

Being a specialist in the early 80s to 2000s sportbikes, Rich’s passion for track riding has transformed into reviving old race bikes and getting them back to their former glory. But he doesn’t stop there – he can fix, revive, restore, or even prep bikes for the race season at his shop.

Here are a few of the bikes Rich has had the pleasure of restoring: 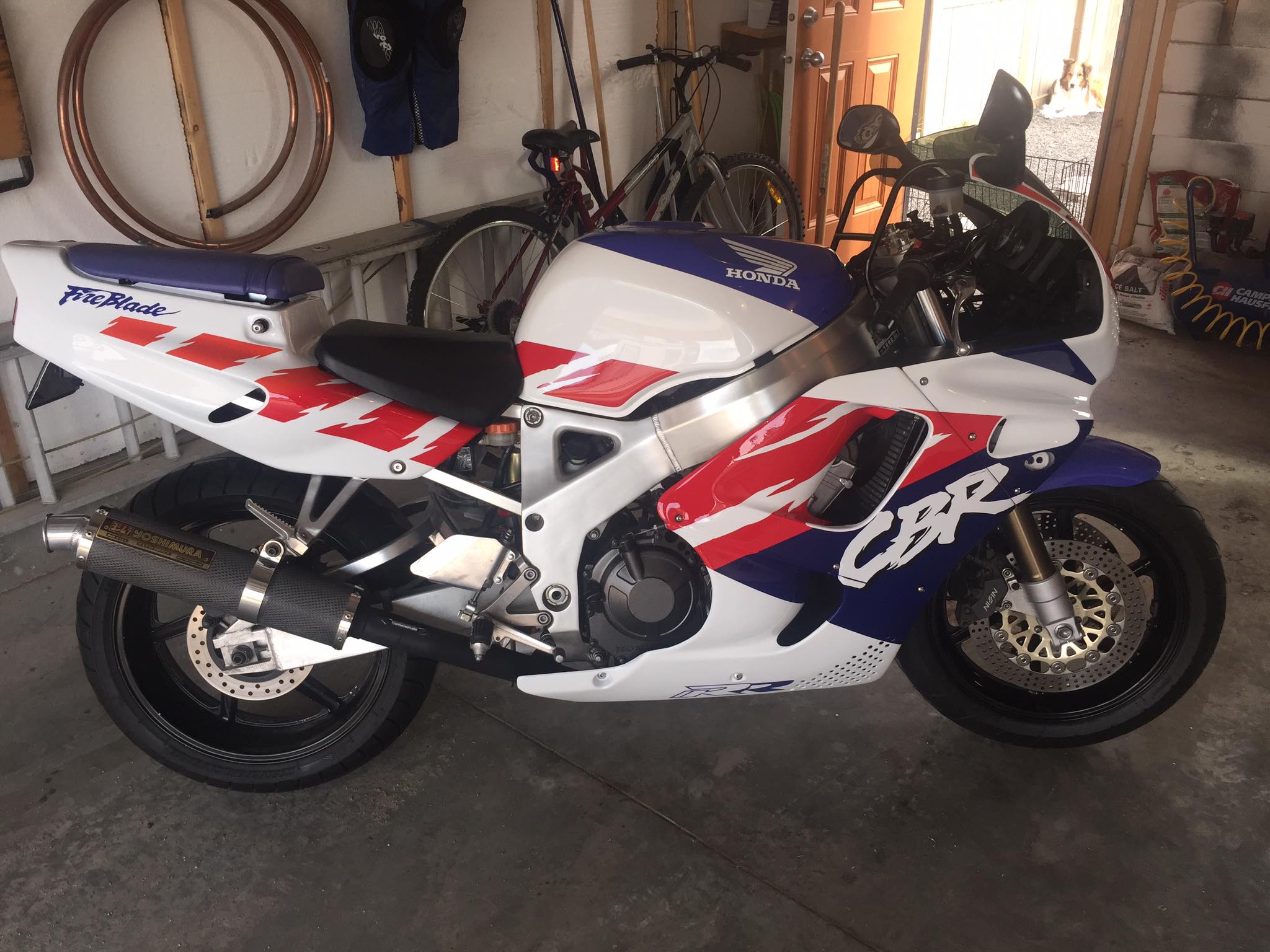 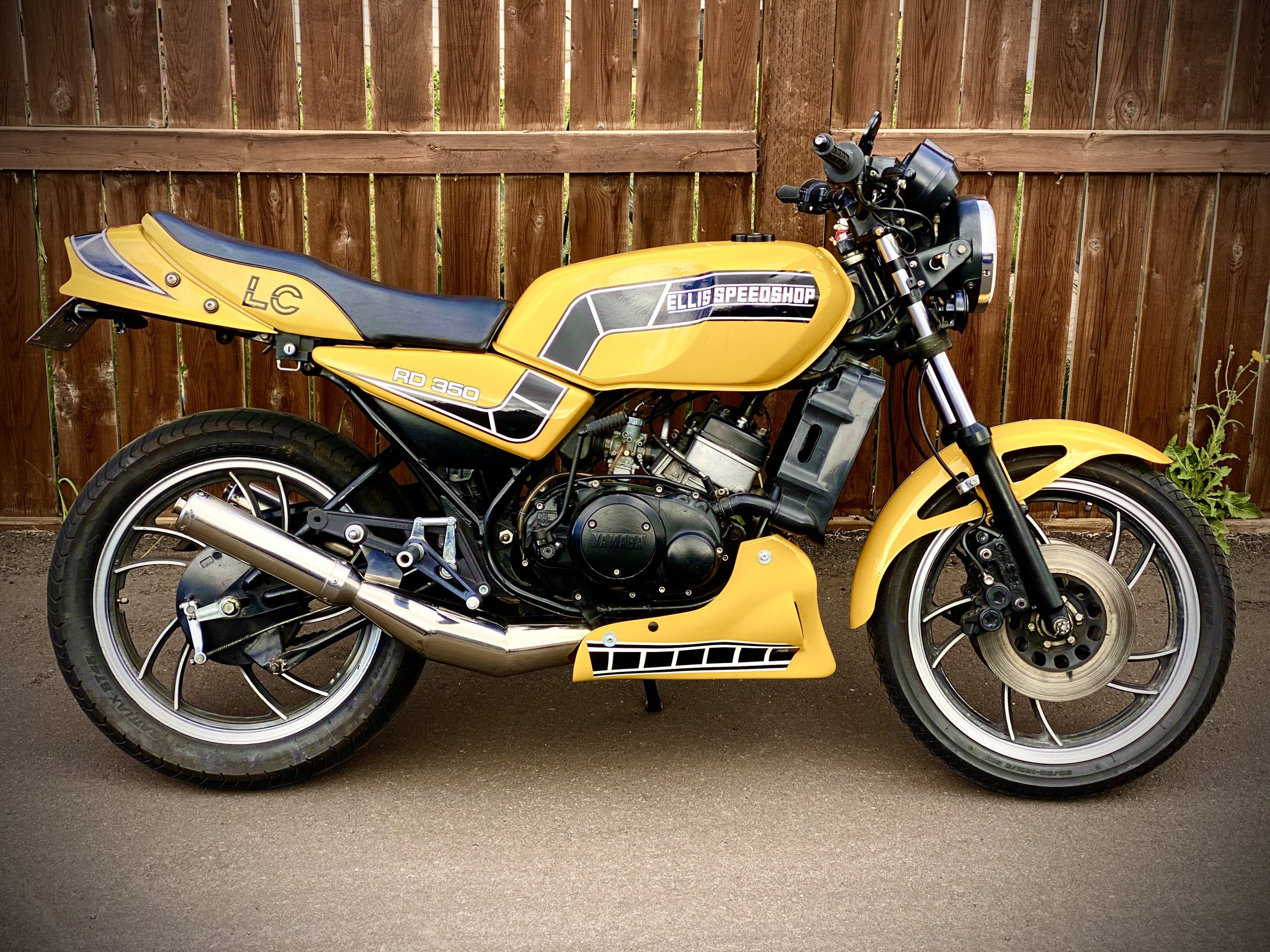 Rich tends to stay away from the “routine” repairs, as there is still a need to support other local shops – and those shops pay Ellis the same respect in return when riders are looking for a full restoration.

Though Ellis Speedshop is a business, money doesn’t come before a happy customer. “A customer’s enthusiasm and joy are what it’s all about,” he says, regarding those clients looking to get back on an old relic.

Operating during a pandemic hasn’t come easy, but Rich has done very well by hosting regular virtual check-ins and video calls with clients to show them progress on their bikes.

During non-pandemic times, Rich welcomes people to stop by the shop as he’s “always got the kettle on and races going on the flat screen.”

What’s Next for Ellis Speedshop? And What’s on the Docket?​

Rich said, “I want to bring the world together through motorcycles.” Currently based in Calgary, he plans to prep bikes from all over the world at Ellis Speedshop. Other more daring plans include the global track stage. Ellis has his race team to get prepped for the racing season – and as the season in Alberta kicks off, Rich has five bikes to prepare for a challenge of speed and endurance.

“What Does the Future Hold?”​

Rich has been patiently awaiting the completion of the Rocky Mountain Motorsports race track located 20-minutes north of Calgary, AB. With its opening, he’s excited to announce a Calgary-based business founded with some racing friends. Together, they have founded the ‘Alberta Racing Academy’ (ARA).

The ARA aims to go back to the basics and focus on educating riders on track riding for a safer future for potential racers – no matter their age.

More information is still to come as the ARA will be unveiled in the coming weeks.