Bikes you "lust" after but probably will never buy?

I have 2 motorcycles on my LUST list. Likely will never buy either of them. But I do enjoy drooling.

Oh sure, I could list off a bunch of Indians, Harley's, and '18 Goldwing as well as a bunch of others that I'd be happy to own or ride or make me smile when I see them, but the AT and the T85 TT just keep rising to the top of bikes that I'd love to own. Neither are as practical for what I do daily as the NC700/750x platform. Neither as nimble and easy in city traffic. Both are better highway rides. Both are better off road rides. Both generate an emotional response.

So what are your LUST WORTHY choices?
D

Had my eye on a Janus Gryffin the past few months. I need someone to talk me out of it.

The bikes I lust after only exist in my dreams or as prototypes. Like if Honda would build a mid size 450-600cc Africa twin, or if the CRF250L Rally had a smooth 350cc engine but weighed the same, or the Honda NeoWing shown as a prototype, etc.

Sometimes I lust for what I can’t have, but when I can have it, I lose interest or realize it’s not what I thought it would be.
Last edited: Aug 30, 2019

Doc True said:
Had my eye on a Janus Gryffin the past few months. I need someone to talk me out of it.

Hmmm... one of the guys at my fencing club has a Janus. I think it’s the Halcyon model. Nifty little bikes. Lots of character!
Last edited: Aug 30, 2019

...lust is such a strong word, though i'd admit to a very strong like! (not in any order of importance of course haha) :{)

I have a strange desire to take the old style Janus and have it customized to resemble the Shaw motorcycles made in Galesburg Kansas about a hundred years ago. I only know of two in existence, though a substantial number were made.
Last edited: Aug 30, 2019

I'm with you there, I saw the title of this post and that Triumph is what I thought of first. There is no way I would ever buy one though. It's completely impractical, gets poor mileage and it has a bigger engine than my pickup truck. I have to say though they are cheaper than I thought they would be. I'll stick with Honda for now though.
T

Reminds me of the Ducati XDiavel. I'd like to have one for the feet forward pegs, but a little too niche of a bike for me. 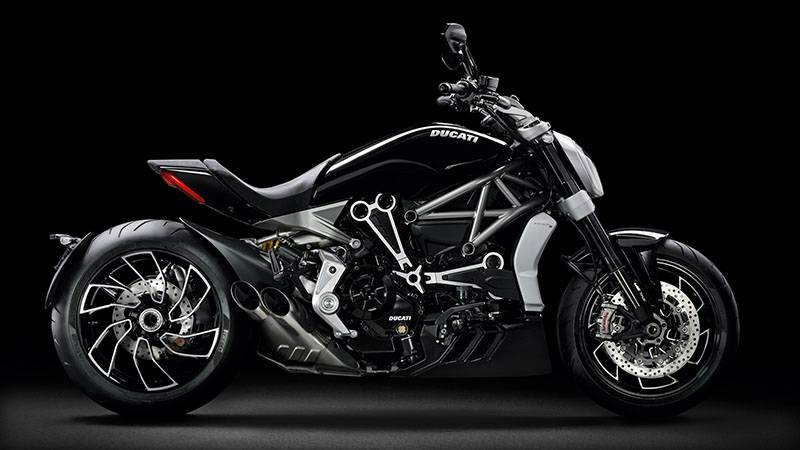 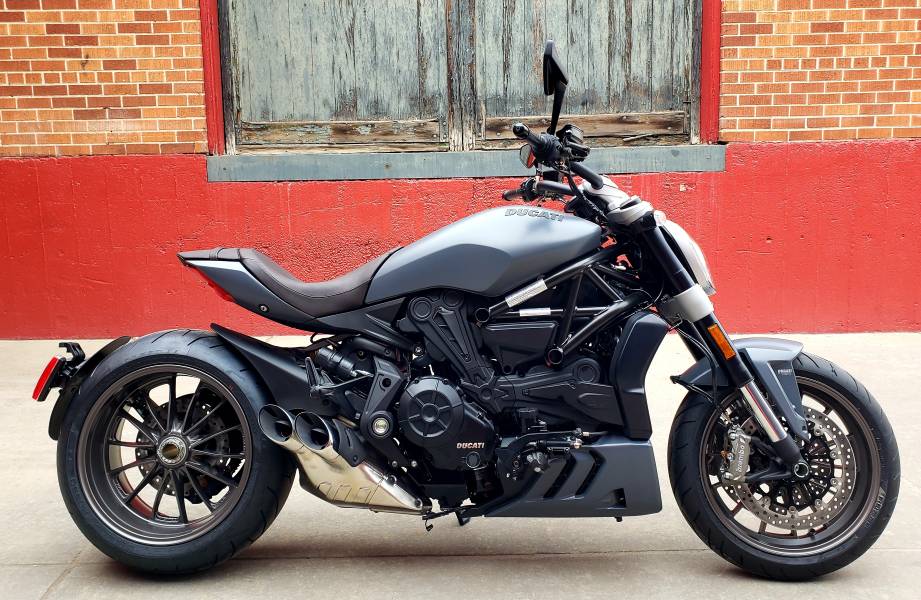 Hank said:
View attachment 39028I have a strange desire to take the old style Janus and have it customized to resemble the Shaw motorcycles made in Galesburg Kansas about a hundred years ago. I only know of two in existence, though a substantial number were made.
Click to expand...

Sent from my SM-G930V using Tapatalk

They haven't made it yet

For me the problem is they KEEP making them
M

The new 2020 Harley Lowrider. I wanted the 2016, but prices for a 3 year old bike are the same as this one will be new. I want it, but won't commute on it so the NC will have to stay. It doesn't make sense to own 3 project cars and two motorcycles...but I won't give up a car for the bike.

The 2016 would definitely be a better option! Pre-Milwaukee Eight.

I don't know that I would invest a single dollar in anything with the Milwaukee Eight engine. They don't seem to have all the issues worked out of them yet. Sumping/fluid migration problems. That's why you see so many of them with stupid low miles for sale. Example story is one guy had a 2018 Street Glide, had the primary fluid migration problem, Harley kept jerkin him around on it, ended up trading it in (I'm sure at a nice loss) on a 2018 Road Glide (same identical bike except for the front fairing), put several thousand miles on it with zero problems. Its like some of them do it, some of them don't. Involves something like splitting the cases and installing an aftermarket clutch rod. But who would want to pay for that to be done on a bike still under warranty with 1-2k miles on it? I always seen the Street Glide as my dream bike, broke down and bought one earlier this year. Had it about 2 months. But I went with the older 2014 Project Rushmore model with 103 twin cam engine because they had a significantly better track record than the M8 engines. Was a nice bike til one of the hard bags fell off going down the road and got trashed, lucked up and found used replacement for $350. Tried to get Harley to cover it (new bag was $1k) as there was a recall on the fasteners that held the bags on. I started a claim with HD corporate, they said they weren't going to cover it. Wrote them a 2 page letter elaborating further, they called me, said original decision not to cover still stands. I lost it. Said it was my first and about to be my last Harley, and hung up.


Harley sucks, I'll never own another one, bet my life savings on that. Lol

Sure was a beautiful machine tho. 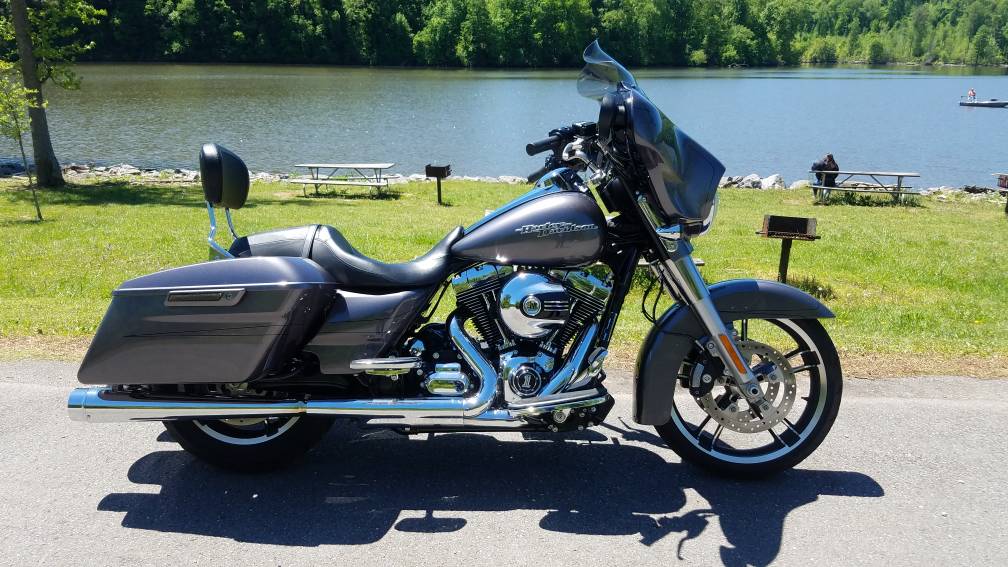 After the bag fell off, I was waiting to get a replacement, out riding with some friends on my Nomad while the Harley sat at home, and a friend on Street Glide lost HIS bag on the interstate! Here we are parked in construction zone waiting on him to walk 1/4 mile back and pick his bag up off the side of the road. Crazy stuff. Junk motorcycles. 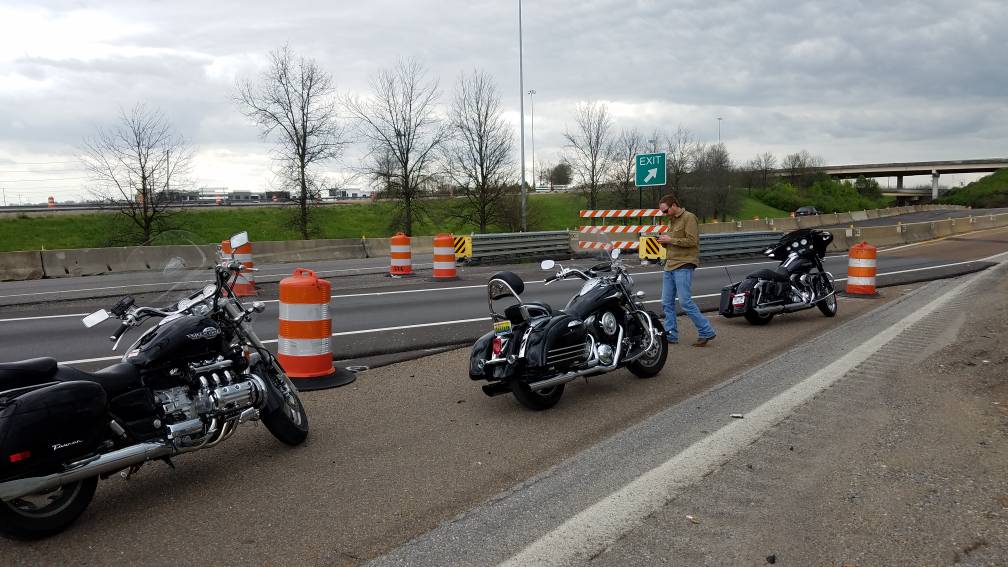 I like the 'other' Triumph Rocket 3 that is set up for touring, although I'd have to try the two different seating/foot positions. Price is surprisingly not as bad as I thought it would be.

The MV price for what you get makes it a challenge, and after having a Honda I wonder if I've been spoiled with reliability!! Not exactly a DCT, but maybe close enough?!! But it has looks covered for sure!! MV Agusta Turismo Veloce 800 Lusso SCS

So I briefly owned an '08 CBR600RR with a Yoshi exhaust, kn filter and power commander. It made 105hp at the rear wheel on a Dyno. I only bought because a friend was moving cross country and his wife said it wasn't coming. I got a killer deal on it, it became the Disney bike, since the resale payed for a trip to Disney. That was the only sport bike I've ever owned. It was soooooo insane to ride. I'm jonesing for another supersport, I love the new panigale V4. But it's probably just a pipe dream.

Sent from my S41 using Tapatalk 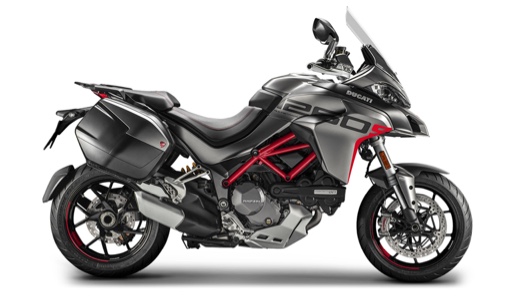 Sent from my iPhone using Tapatalk

I think since my NC700 is so practical, the bike I lust after has just got to be fast. Maybe the fastest:
The Ninja H2R, from the 2014 Long Beach bike show.

SilverRocket said:
I think since my NC700 is so practical, the bike I lust after has just got to be fast. Maybe the fastest:
The Ninja H2R, from the 2014 Long Beach bike show.
Click to expand...

Whoa, it has wings! I haven’t seen that vehicle feature since I was a kid.