Maybe it’s the ease with which you can slap through the gearbox on a sunny urban street situation or squeeze through traffic without having to suck it in – maybe it’s Maybelline. 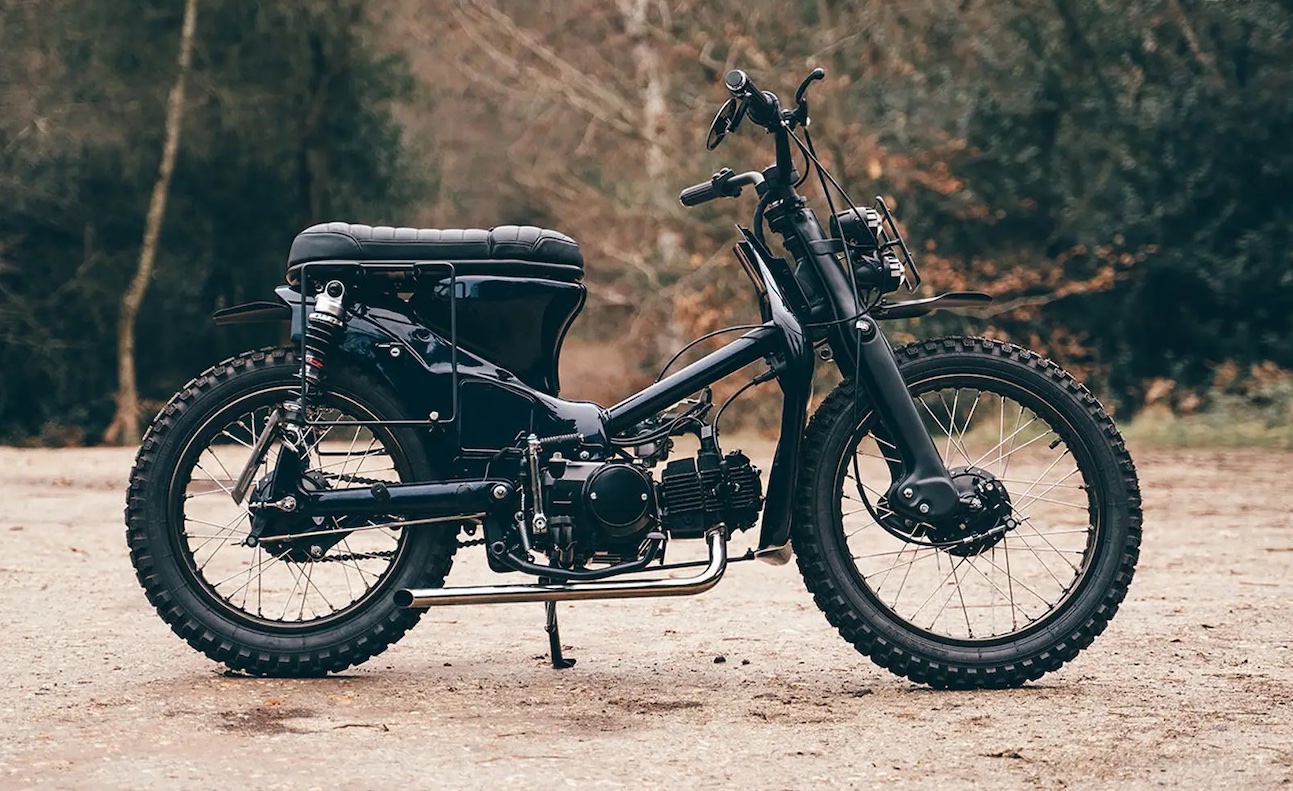 Regardless, anybody who is hankering for a small-cc scoot with a good weight/power ratio knows to hit up Honda, the mastermind behind the other popular mini-bikes in Team Red’s range: The effortlessly classic Monkey, the it-scene Super Cub, and the pro-hooning Grom.

Taking all of this into account – and the fact that Honda’s Super Cub has a rabid fan group that’s partially contributed to over 100 million in cumulative sales as of 2017 – it’s rather surprising, then, that we haven’t seen many shops try their turn at tweaking the thing. 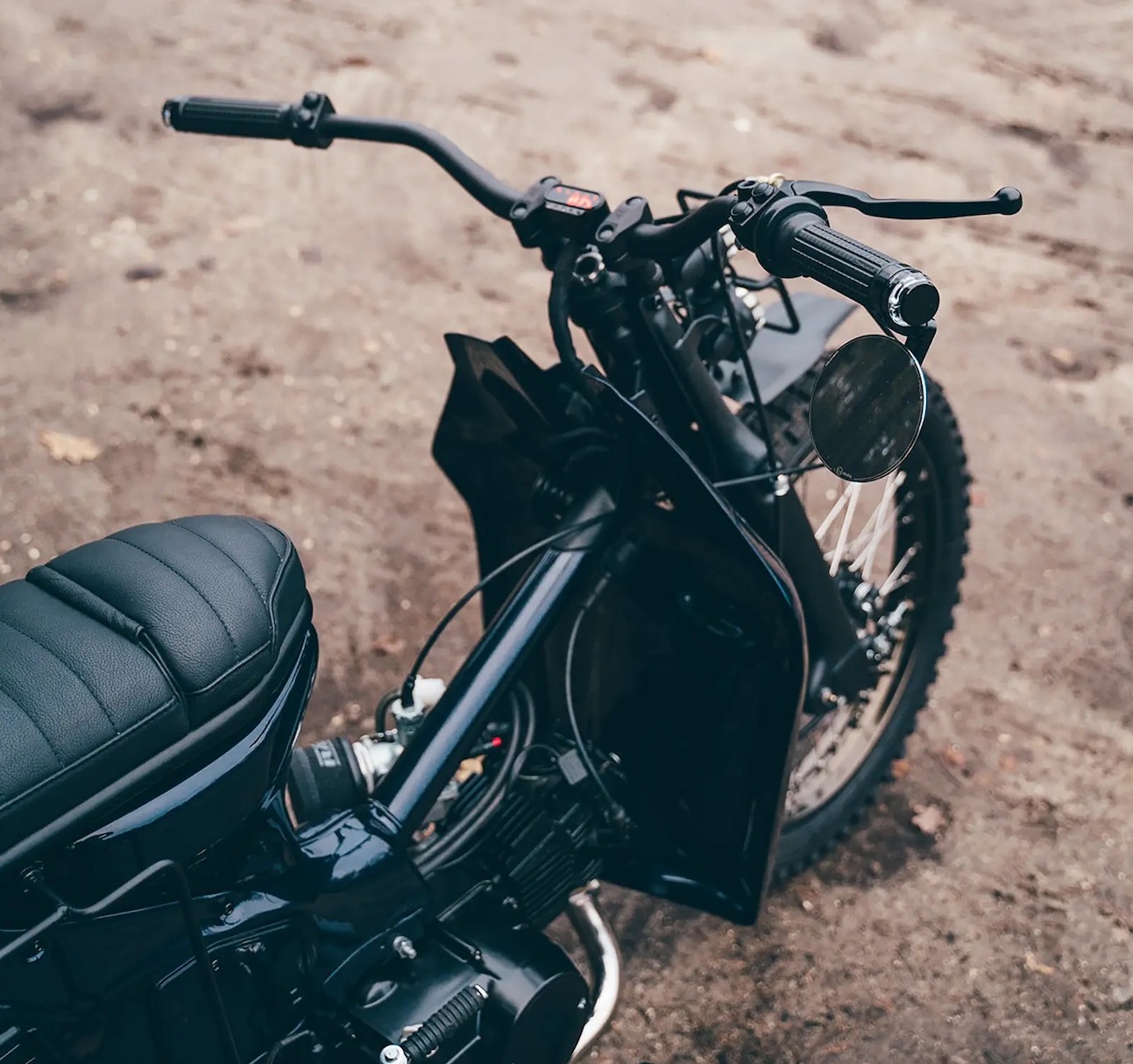 Today, then, we give a bow and take a gander at the work done by Jack Lamburn at a UK-based bike shop called Scar’s Motorcycles.

Based on a 1979 Super Cub C70, Lamburn’s scrambler-style project, according to TopSpeed, involved “larger wheels, knobbly tyres, [and] a 125cc engine” (instead of the original 70cc single-cylinder four-stroke engine). 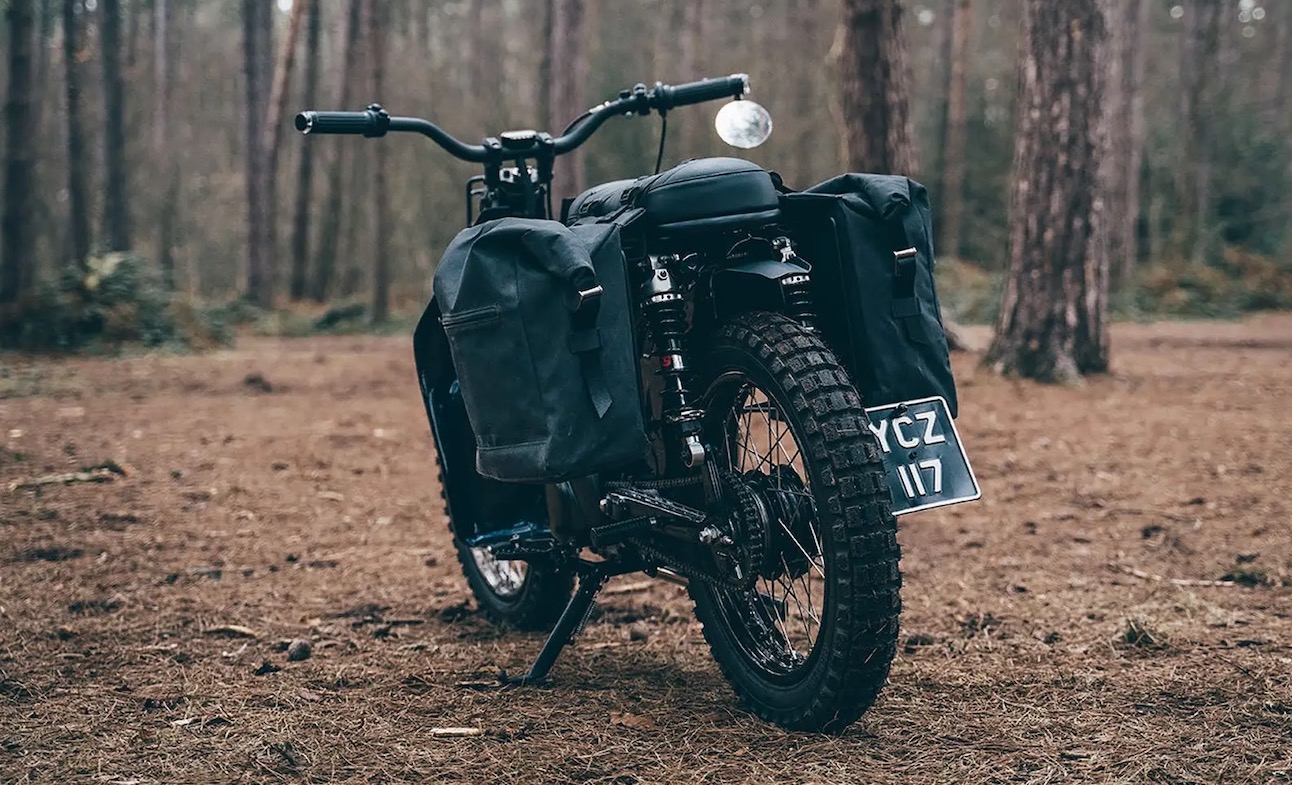 Obviously, for this sleek and subtle mono-toned theme, the Cub was stripped of bodywork to favor instead a light and functional aesthetic, courtesy of a straight-thru exhaust, handlebars with internal wiring, leg shields custom-created from aluminum (an homage to the original Super Sub Build), and a deep metallic blue paint job, with bronze-powder-coated rims to seal the deal. 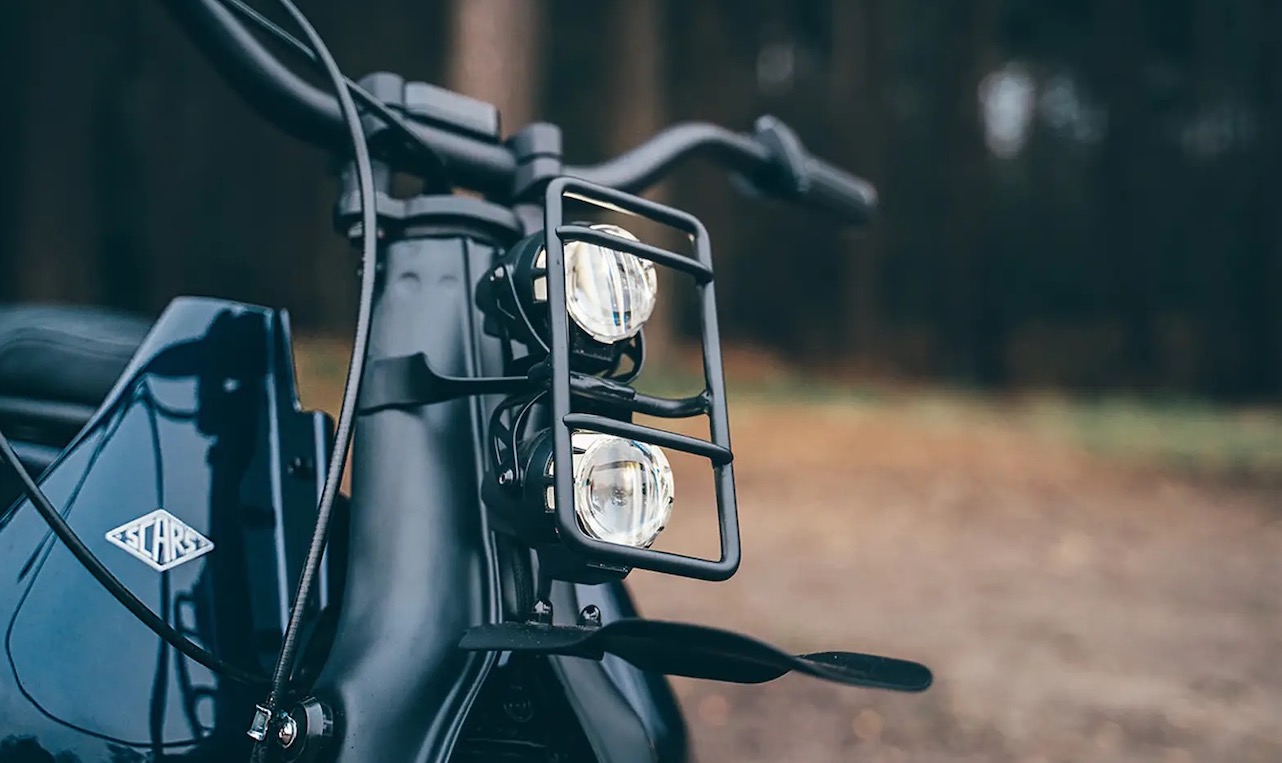 We dig the minimalism as well as the scenery; should we ever find this beastie, we’ll be requesting a ride…preferably in a Bond suit and under cover of dark.

For more related articles, be sure to head over to our ‘custom eye candy’ archives, where we’ve curated the wondrous and wacky alike for your perusal, and as ever – stay safe on the twisted.

*All media sourced from TopSpeed*​

Visit site
Cool bike. Needs a muffler
You must log in or register to reply here.