Visit site
The motorcycling community is made up of millions of riders worldwide. And this community has been built on the foundation of past generations – like most sports, groups, or communities.

Since 1995, Dave Moss Tuning has had one transparent goal, in fact, it’s clearly stated on his website – “Dave Moss has been on a personal mission since 1995 to save a life within the motorcycling community every day through education and training. Leveraging technology, that mission can reach every Continent and therefore millions of riders worldwide.” 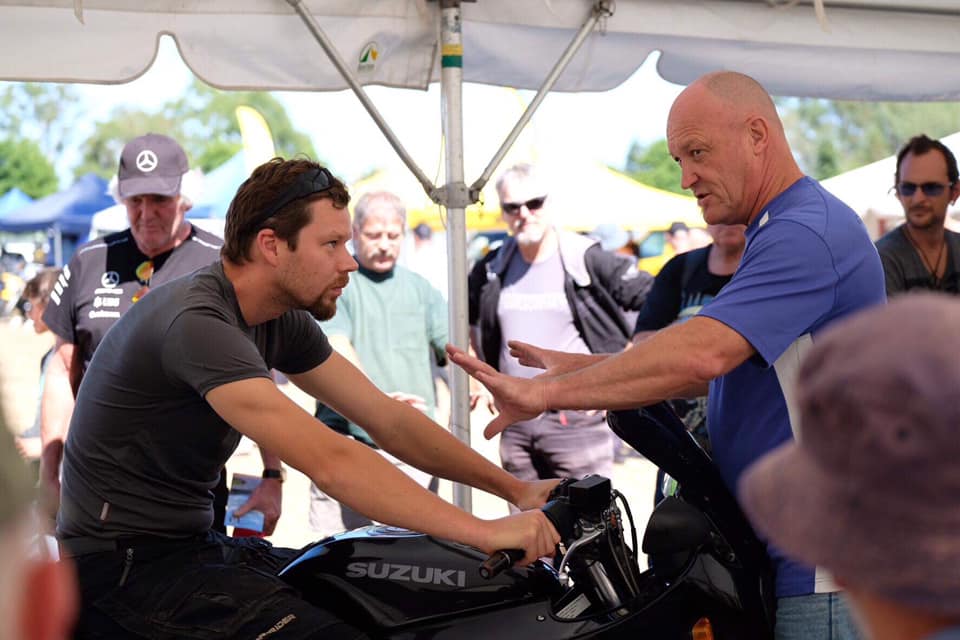 Dave Moss Tuning has become a household name in the racing industry using his knowledge, skills, and passion for motorcycling. Today, we dig further into the life of Dave Moss and the massive impact he’s had on motorcyclists around the world.

Ed note: Throughout the article, I have peppered some valuable videos that have been provided by Dave Moss.

How Did You Get Into Motorcycling?​

Dave’s motorcycle journey began during gestation, seriously. Rather than his mother playing the sounds of Mozart or Beethoven, the sounds of motorcycles soothed her unborn racer son. According to Dave, his mother almost gave birth to him while in the seat of a sidecar. As he put it, “I was doomed from the start”.

Up until the age of 6, a motorcycle was his family’s only form of transportation. During that time, it was common practice in Manchester UK to transport the entire family (inclusive of three kids) on a motorcycle.


Once Dave hit the age of 14, his father simply put it, “if you want a motorcycle, you’ll have to learn to fix it”. He did just that by getting a job in a motorcycle shop local to Manchester. But before tearing bikes apart, Dave first started as a ‘custodial engineer’ while also specializing in making tea for the mechanics.

Until the age of 16, he ripped apart motorcycles and rebuilt them to showroom condition. The shop owner gave Dave a bonus for every bike sold – this was more than enough incentive for a hungry teenager to work faster while producing quality bikes for the shop to sell.

After making enough dough from restoring bikes, Dave picked up a brand new Yamaha DT250 Enduro – a versatile bike that could be ridden on and off-road. That bike was the perfect solution for England’s nearly 200 days of rain, though sliding around on paved roads was a typical day of riding in northern England.

Dave discovered a new appreciation for the technical ability required for riding in the dirt. He mentions acting like a typical teenager at the time while doing some “rather idiotic things” on his DT250 – Dave cheekily referred to the offroad recklessness as “skill development”. In all seriousness, he took the valuable lessons learned from dirt riding to the street – this ultimately elevated his skills as a rider.

Moving from the UK to the USA: Rugby to Racing?​

Being born and raised in Manchester automatically makes you a football (soccer) diehard, right? Not a chance. At the age of 10, Dave took up the physically demanding English sport of rugby. After getting so used to pushing his body past its limit in the sport, it was almost destiny that he turned into a full-fledged motorcycle racer – and that’s exactly what he did, eventually.

In 1987, Dave Moss came to the US for the first time with intentions of building a proper rugby club, and by 1989, he had successfully started and opened a rugby club in the US. His ‘green card’ was then elevated to permanent residency – where the fun continued into the world of motorcycle racing.

By 1995, Dave had begun racing motorcycles in Oregon while entering an internship into a suspension company. After some time, he assisted in the conception of GP Suspension, where he built, designed, tested, broke, and rebuilt suspensions on his own. This gave him the upper hand when it came to hitting the track and winning. 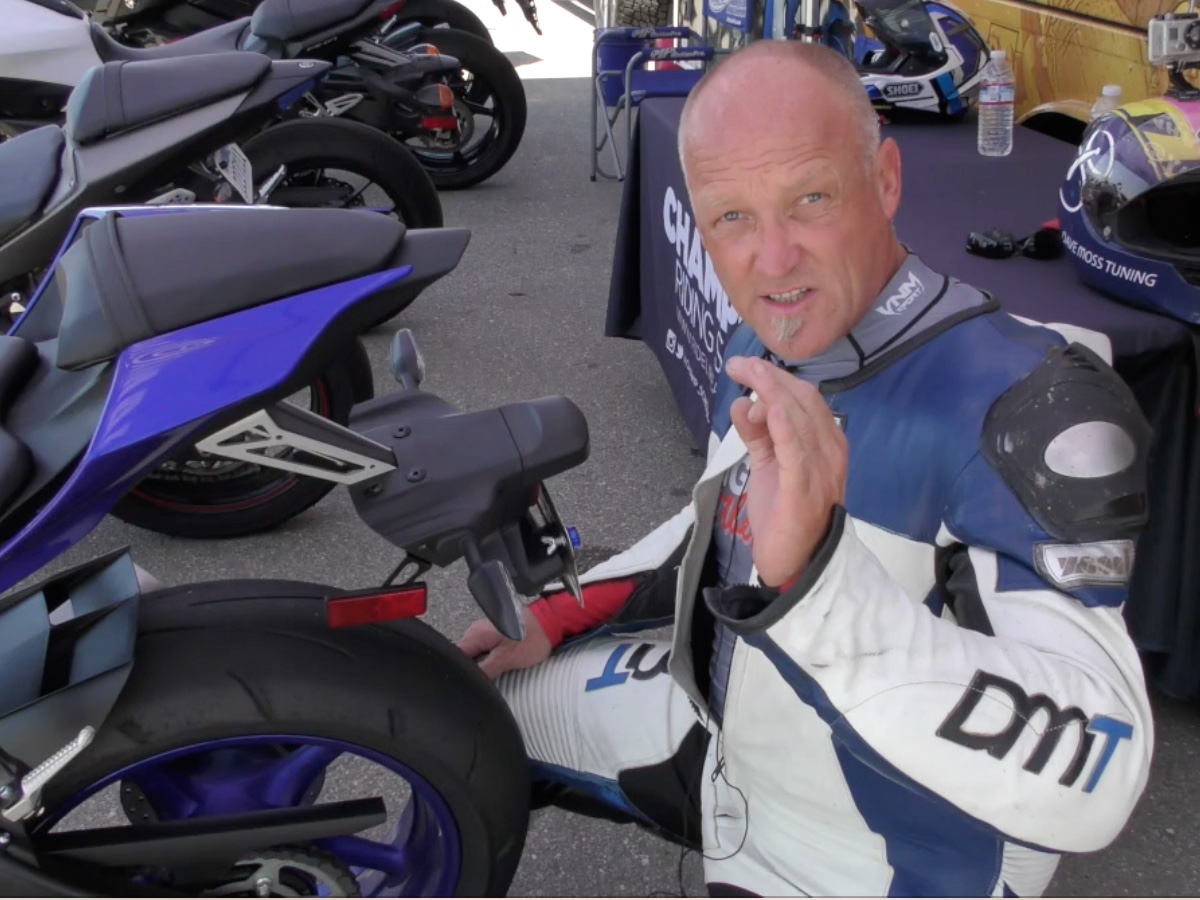 Racers & The Chamber of Secrets​

No matter what type of racer, there are always many trade secrets held close to the chest – to hopefully give yourself an edge over another racer or team. Dave’s philosophy on the topic has always been different – if everyone has the same advantage, it becomes a more competitive sport.

After having such great success on the track, it was only appropriate that Dave share his knowledge with fellow racers. In Dave’s words, “it’s more fun to have 5 racers bar to bar (handlebar to handlebar) than none” – and I think he’s completely right. Since he began racing, Dave has been “paying it forward” by sharing his vast amounts of knowledge gained in the suspension and motorcycle industry.

You Gotta Walk the Walk​

After taking some time to focus on a business opportunity in the early 2000s, Dave had returned to the track. He spent nearly 310 days at the track his first year back and was determined to help riders get their bikes’ geometry and suspension dialed in.

Dave has traveled to every continent on the planet to provide training and coaching to riders or teams. He’s not just a guru – but the guide – walking pupils through the importance of geometry and suspension that is fitted to each individual. 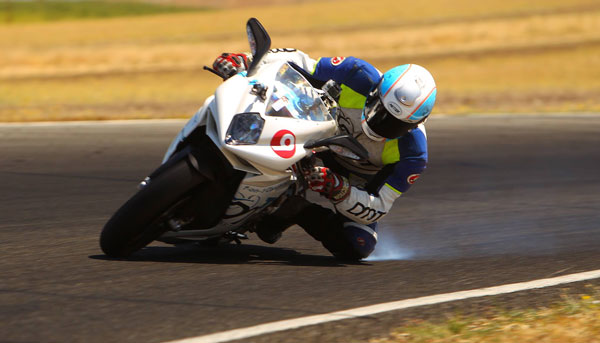 Street Cred as a Pro Tuner​

Between the years 2011 and 2018, Dave has won 13 AFM Roadracing Championships and acquired two AFM “Top 10” plates. Dave’s guidance to other riders and racers does not come from guessing how to ride – because he doesn’t just talk the talk – he walks the walk.

After years of providing riders and racers alike with motorcycle geometry and suspension fundamentals, Dave developed his knowledge into a successful business. He offers a variety of services with one thing in mind – the rider. He gives riders all over the globe the opportunity to receive one on one coaching, class coaching, and remote tuning. 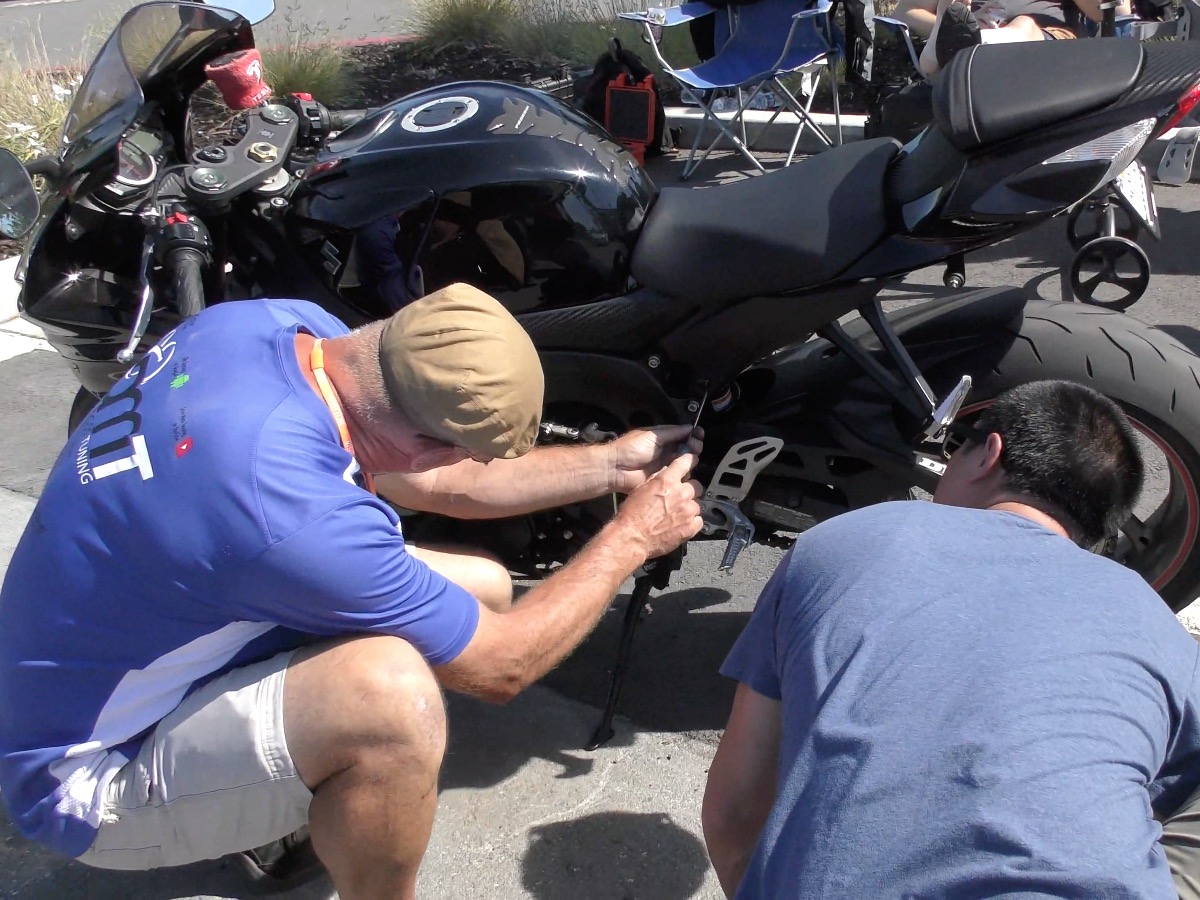 Dave Moss is now based out of Cobb, California – a small mountain village located in northern California – where he regularly attends track days at Laguna Seca, Thunderhill, and Sonoma to provide his life-changing services.

Aside from being able to rebuild a set of forks with his eyes closed, Dave has dedicated himself to ‘pay it forward to the global motorcycle community’. He does so by helping tune stock motorcycle suspensions and catering them to the rider – providing a safer and more comfortable bike for everyone he comes into contact with.

For those of you who have not had your suspension tuned or set up to your specifications, you are missing out. It ultimately improves the handling and performance of your motorcycle along with the ability to push your bike and skills to the limit.


In addition to the services mentioned above, Dave has been making informative videos on YouTube for several years. He explains the ‘hows’ and ‘whys’ behind suspension tuning in addition to DIY videos for folks looking to improve their bike’s suspension.

Since 2009, Dave has attained over 14 million views on YouTube. His goal of saving a life within the moto-community daily is more than attainable with the power of the internet – so let’s make it happen! Head to the Dave Moss Tuning channel on YouTube to learn more about suspensions, motorcycle geometry, maintenance, and all things motorcycle-related.