Guy Martin And His Turbo ‘Busa Take On Records​

Guy Martin is a fanatic for all things speed. He is a decorated Isle of Man TT racer among the likes of riders such as Michael Dunlop, TV personality, lorry truck racer/mechanic, and embodies the term ‘need for speed’. He is currently on a mission to break the one-mile m0torcycle speed record on his custom turbocharged Suzuki Hayabusa.

Guy purchased the Hayabusa back in 2018 and has been modifying it ever since. The motorcycle has been fully customized for one thing in mind; top speed. The bike has been completely refitted with a full shell designed to reduce drag, and the engine has seen a complete makeover. 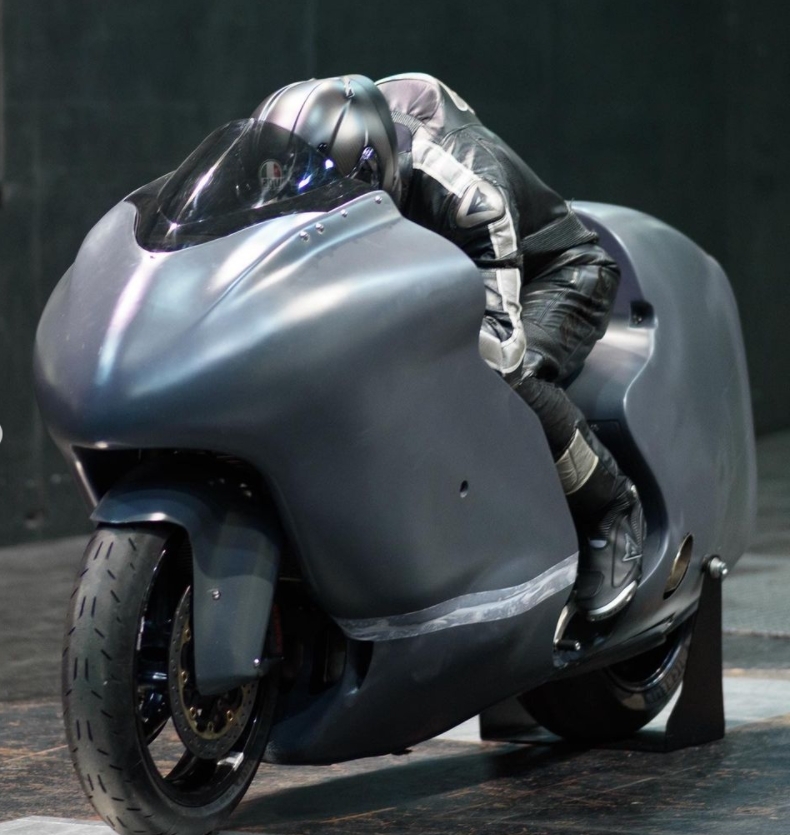 Reaching 300 mph (452 kph) in a single mile will prove difficult. His previous attempts got him up to 282 miles per hour from a stand-still start. Backing this insane acceleration (beyond the slip-stream inspired shell) is a fully-built ‘Busa engine cranking out an astounding 830bhp thanks to its turbocharger (per visordown.com).

At the moment, Guy is in the final stages of developing the Suzuki Hayabusa to squeeze out the last 18 miles per hour that are needed to break the record.

He had a few interesting things to say regarding the process and the record itself:

“It’s only 16 seconds, the whole thing is only 16 seconds. It is just gritting you teeth and trying to manhandle this monster down a mile track. It’s like nothing else I’ve ever experienced. It’s just madness, it’s a wrestling match in every area, physically, mentally, everything.”

Guy Martin is one of my favorite racers across all racing disciplines, so I wish him luck and safety in this crazy endeavor. Be sure to follow his Instagram account and show support as he shares his journey along the way. I’m sure there will be a big video series documenting the feat, so stay tuned for that.

The post Isle Of Man TT Rider Guy Martin Continues His Pursuit Of The One Mile Speed Record On Turbo Hayabusa appeared first on webBikeWorld.

The Space Between: The Isle Of Man TT