Visit site
With the hustle and bustle of the world’s largest motorcycle show comes a new contender to the middleweight cruiser genre – and based on this particular offering, we’ve just gotten an easy, breezy addition to the country’s highways (not like we saw this coming for half a year or anything).

Let’s get right into it, shall we? 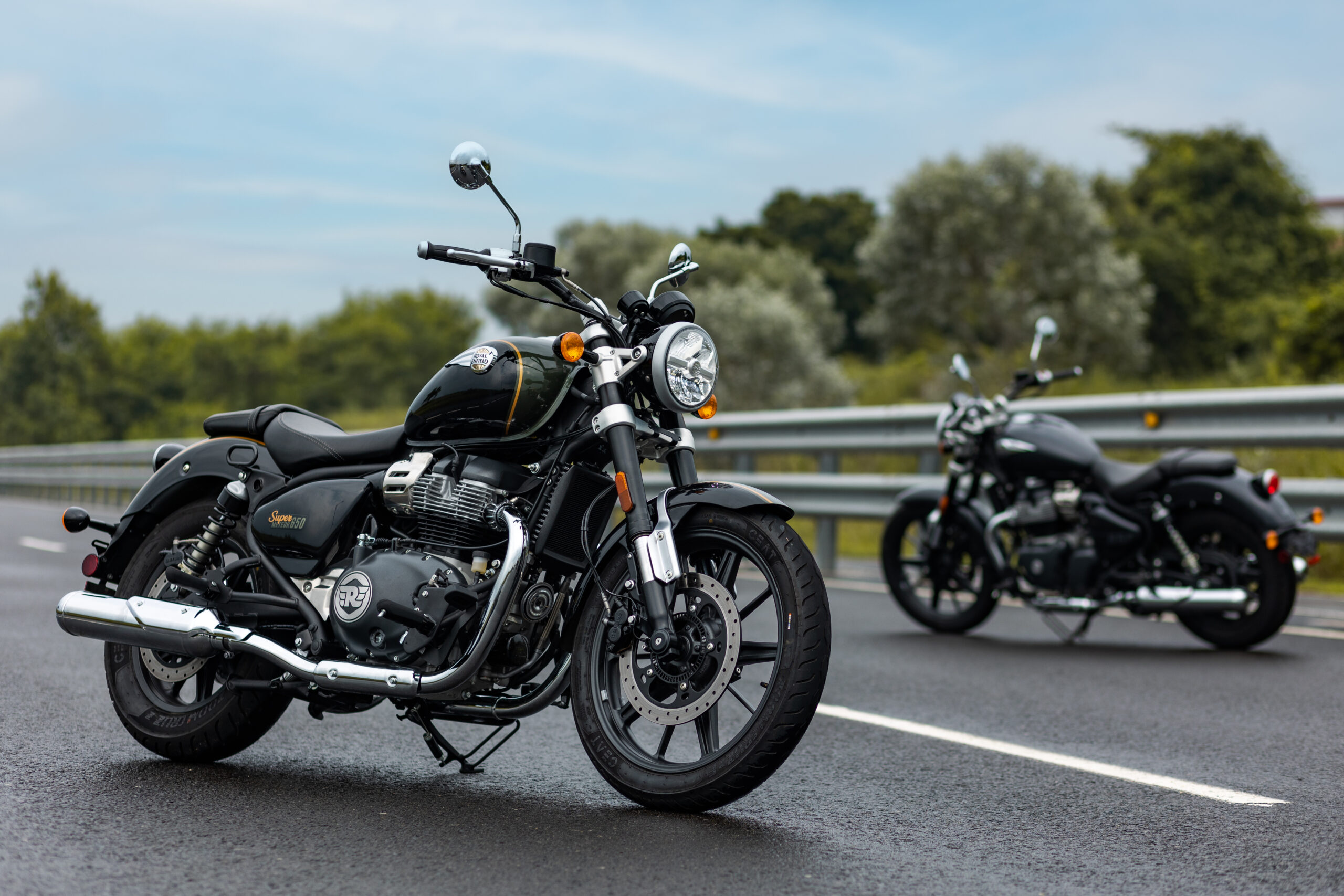 Meet the Royal Enfield Super Meteor 650 / Tourer; a machine inspired by superlative British cruisers and carrying the same parallel heart as RE’s Interceptor and the Continental GT 650. Weighing in at a wet 241kg and complemented by the combo of feet-forward foot controls and wide pulled-back handlebars, the Super Meteor 650 is capable of 34.6kW (47PS, or roughly 46hp) @ 7250rpm and 52.3Nm of torque @ 5650rpm.

The power is accompanied by the obligatory function figures; for Royal Enfield, this means a 43mm upside-down telescopic fork up front, with 120mm travel twin shocks (101mm of travel) and adjustable preload. Everything rides at a 29.1” seat height – a beauty move, considering the incredible popularity of Honda’s sinfully-low Rebel and this new machine’s ease of handling with partial-throttle response at higher speeds. 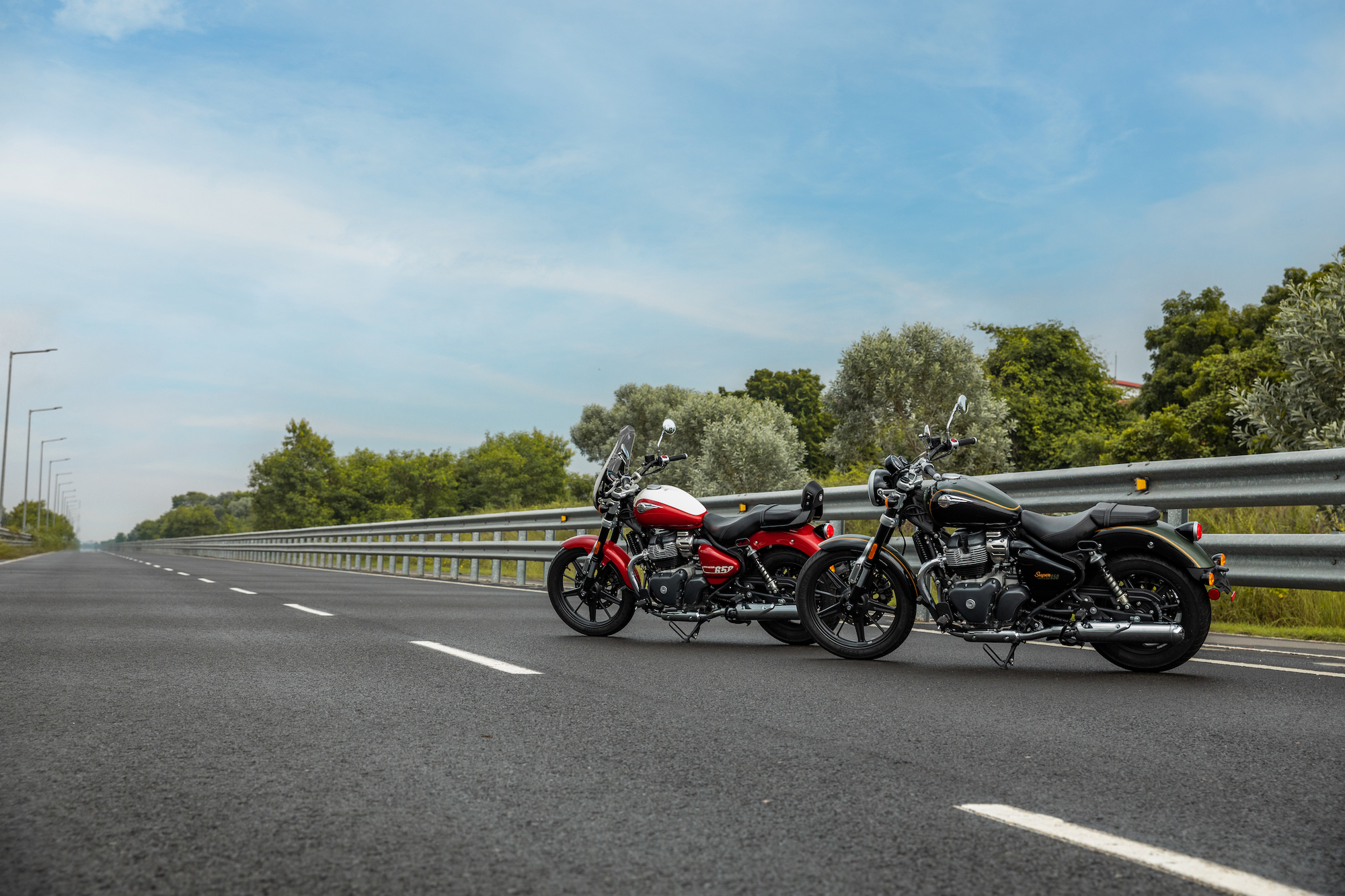 She’s going to be fun to review when she’s out in the industry proper – and naturally, Siddhartha Lal, Managing Director of Eicher Motors Ltd., is excited to see the attention the Super Meteor has been receiving after such a long incubation in their labs. 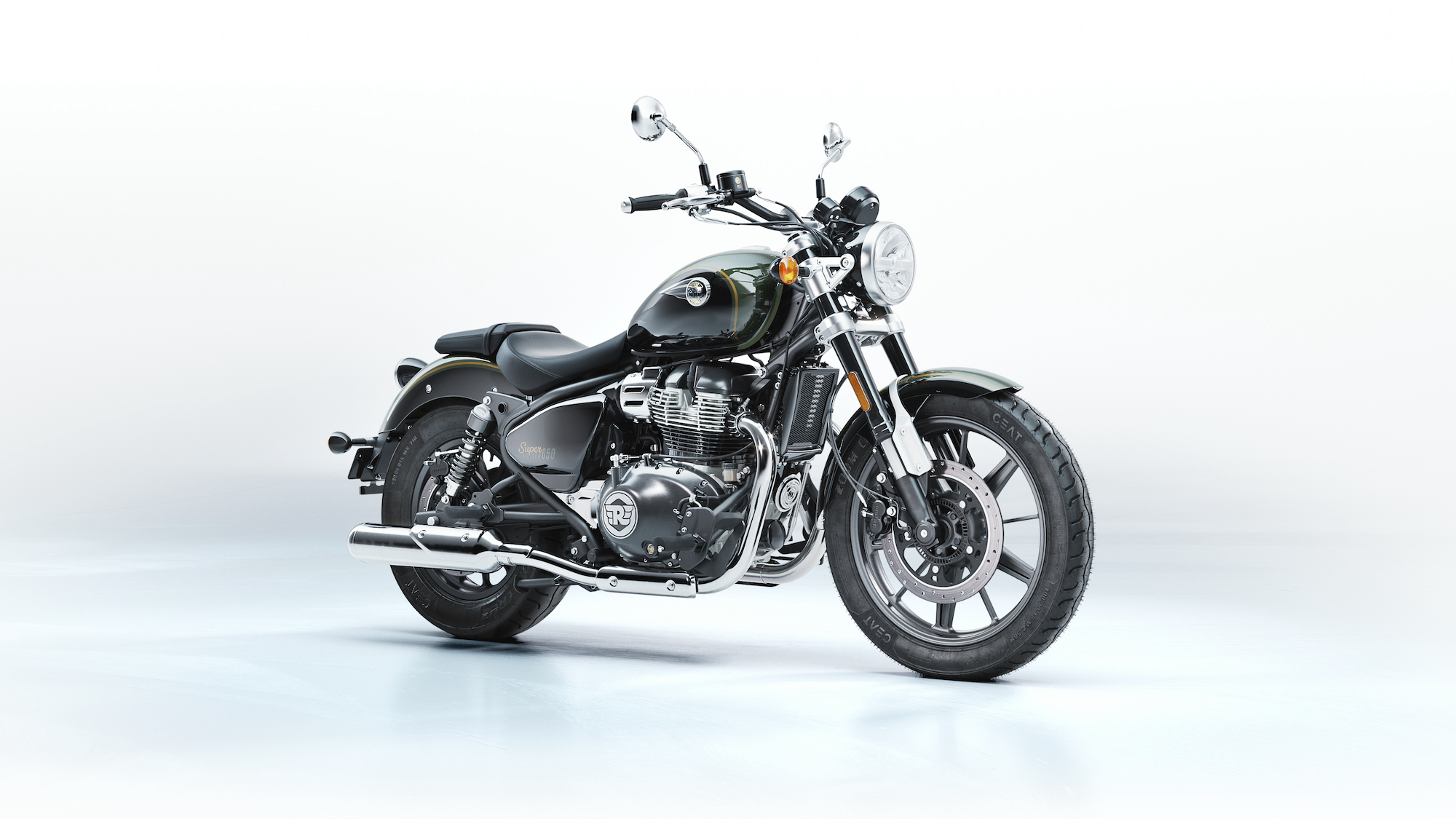 “The 650 twin engine has been at the heart of the resounding global success of the Interceptor and the Continental GT 650, and we are confident that this platform, in a new cruiser avatar, will bring in new riders for Royal Enfield across the world,” enthuses Lal.

“Even at the start of the development journey of the 650 parallel twin platform we were clear about our intentions of designing and building a true-blue highway cruiser,” adds RE’s CEO, B Govindarajan.

“…the riding ergonomics are fine-tuned to offer a leisurely, yet in-control riding experience, and the overall premium fit-finish of parts and materials evoke visual and sensory delight.” 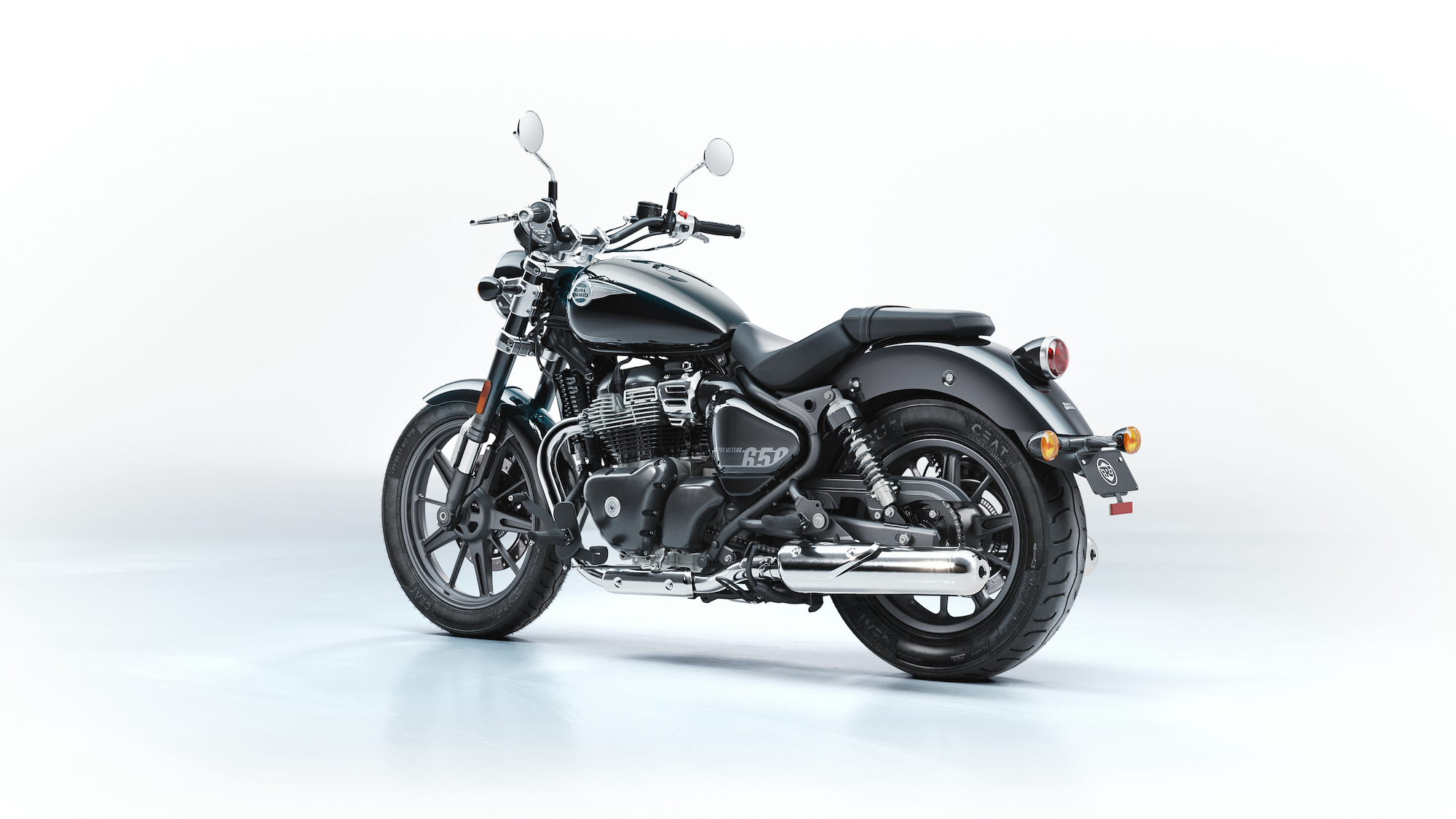 Expect seven different colorways for Royal Enfield’s homage to the highways; pricing is yet to be determined, but with a summer debut in 2023, the numbers won’t be long in coming. Stay tuned, subscribe to our newsletter, drop a comment to get the conversation started, and as ever – stay safe on the twisties.

Visit site
Now that’s a bike that could tempt me away from my nc750x
You must log in or register to reply here.

Rumor Has It: Royal Enfield’s Working on Major Updates for 650 Range

The 2023 Royal Enfield Motorcycle Lineup + Our Take on Each Model