Visit site
A reader over at the (very important) MCN blog has sent in some photos of the fresh and upcoming Triumph Speed Triple 1200 RS. These photos come in perfect timing, as I just covered Triumph’s official teaser for the motorcycle last week.

The official teaser video that Triumph put out recently was perfect and left us wanting more. The video was shot, and they were very careful not to reveal too much information regarding the motorcycle. All we got was a brief shot of the updated headlights illuminating the dark, and some text sprinkled in to warn us of the 1200 RS storm a’comin. 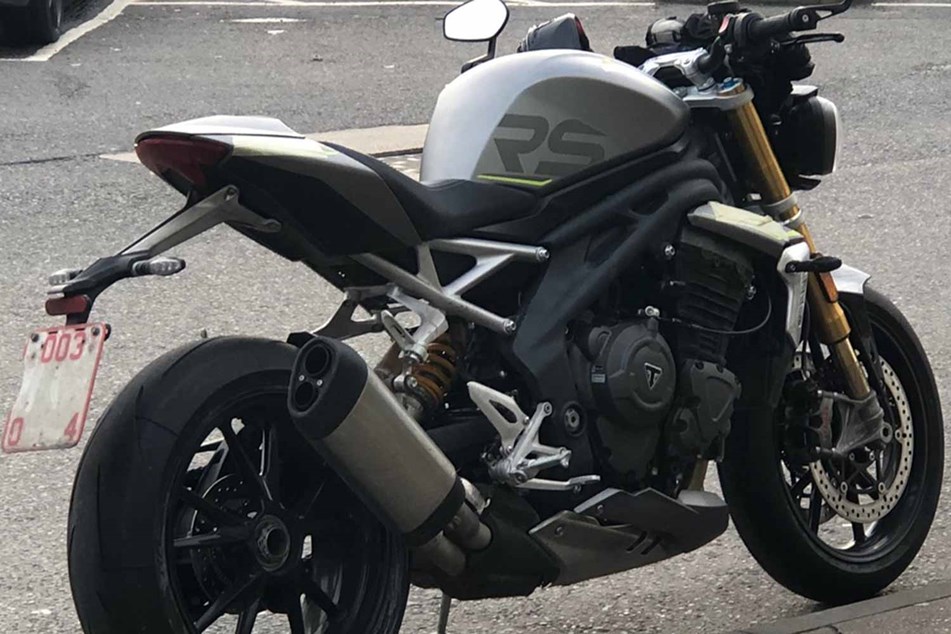 Luckily – for those with a Triumph thirst that can only be quenched with actual photos of the motorcycle – we have these amazing spy shots that really give us a good look at what this brand-new motorcycle model is going to bring us.

Two bikes were spotted pulled over on UK roadways, on the 21st of January. The new 1200 RS looks very similar to the new standard 2021 Speed Triple and shares many distinctly new features with the standard version. 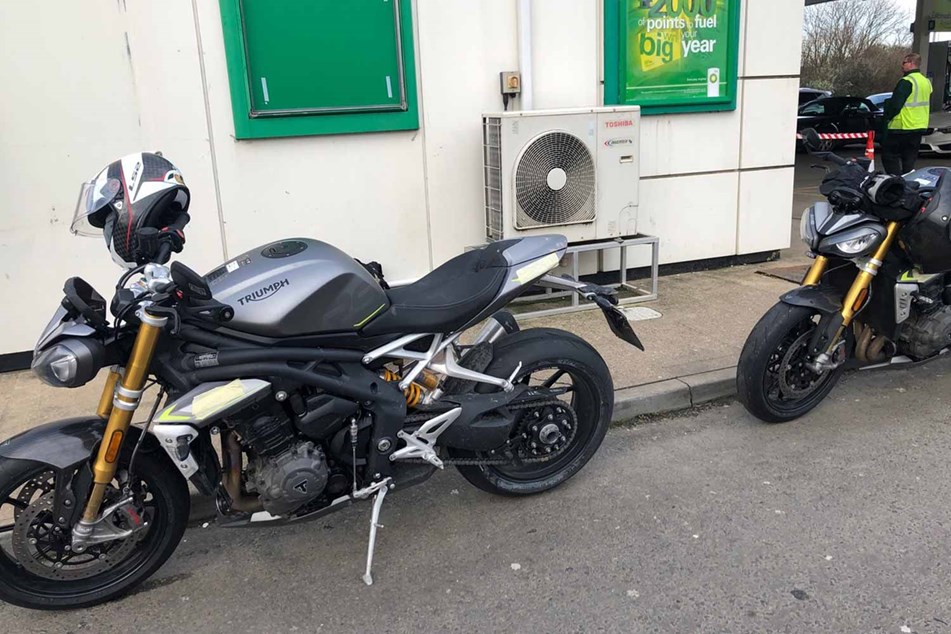 I’m very excited for Triumph to reveal the official specs and data for this brand new model, as we currently have nothing to compare it to as there is no 2020 version and we’re going to be seeing a brand new engine crammed into this thing (1200cc). Let’s see what/when Triumph brings to the table.