He rode Nurburgring on stock AT tires too, then swapped out to the Avon Roadriders, which seems to be one of the best tires made in the AT's wheel sizes. Just don't know that I would be confident on those tires on an AT on the tighter, more technical tracks and twisties around here. I actually spoke to him in private messaging on Facebook and here are tire pics he sent me. 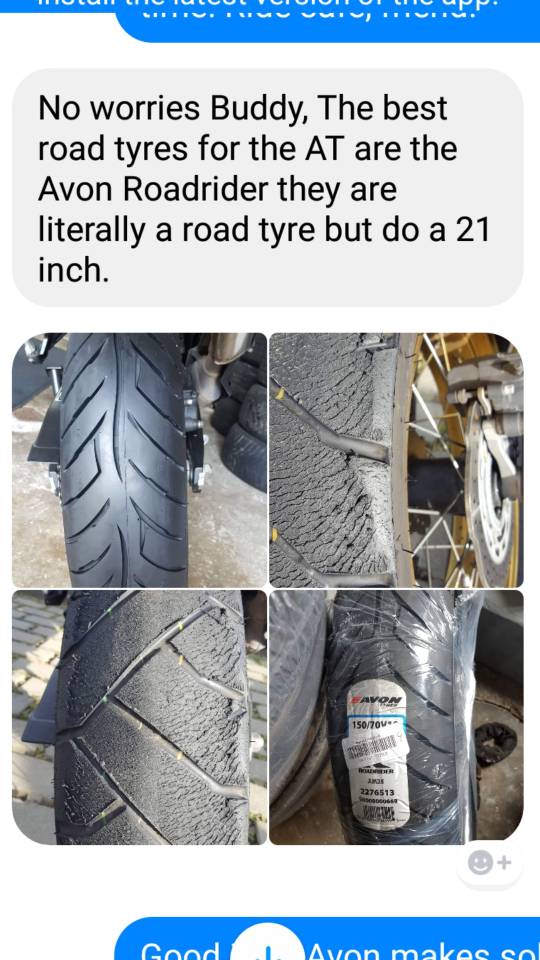 I'm back looking hard into the FJ 09 now. Lots of 2015 models for sale cheap, but they put a slipper clutch in the 2017's and I think made the swingarm a hair longer to combat the wobble issue, bit the 17+ models are significantly higher used and there are less of them. Hell, a brand new base model can be had for around $10k.