Visit site
BMW’s been using a set of forks that can be tuned to change rigidity – and judging by the brand’s victory at the recent Spa 24-hour race, the package is working quite well indeed.

The forks, to be clear, aren’t your typical metal number; rather, the Bavarian-based boys are working with carbon fiber, reinforcing the marque’s history with the material spanning over three decades.

The use of carbon fiber suspension at the Spa is the first time any brand has used forks of such material for an endurance race – and with good reason. Carbonfiber is typically too rigid and stiff to be able to use in the suspension category, but thanks to ZF, who helped to tailor the carbon fiber suspension to BMW’s specifications, MCN tells us that the end product does its job brilliantly. 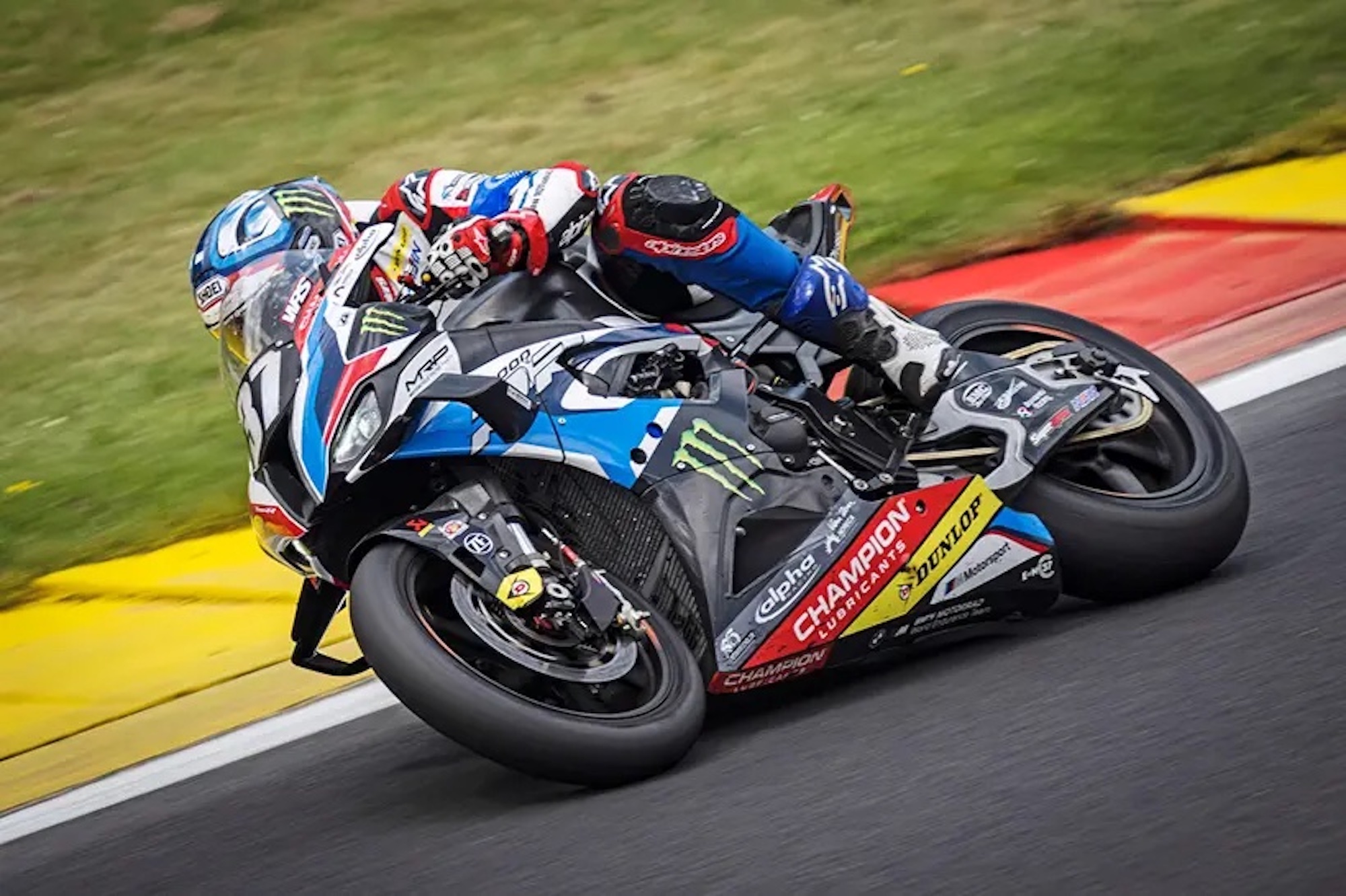 A view of the new carbon fiber suspension package that BMW is currently using on their race machines. Media sourced from MCN.

“As well as the obvious advantage of saving weight compared to conventional forks, the carbon versions allow a more subtle set of improvements thanks to the material’s ability to be tuned to change its rigidity,” states the report.

“This technology allows us to shift the threshold at which body vibrations occur. In other words, it’s a means to combat fork chatter,” adds BMW Motorrad Motorsport Director Marc Bongers.

So how does the suspension work? 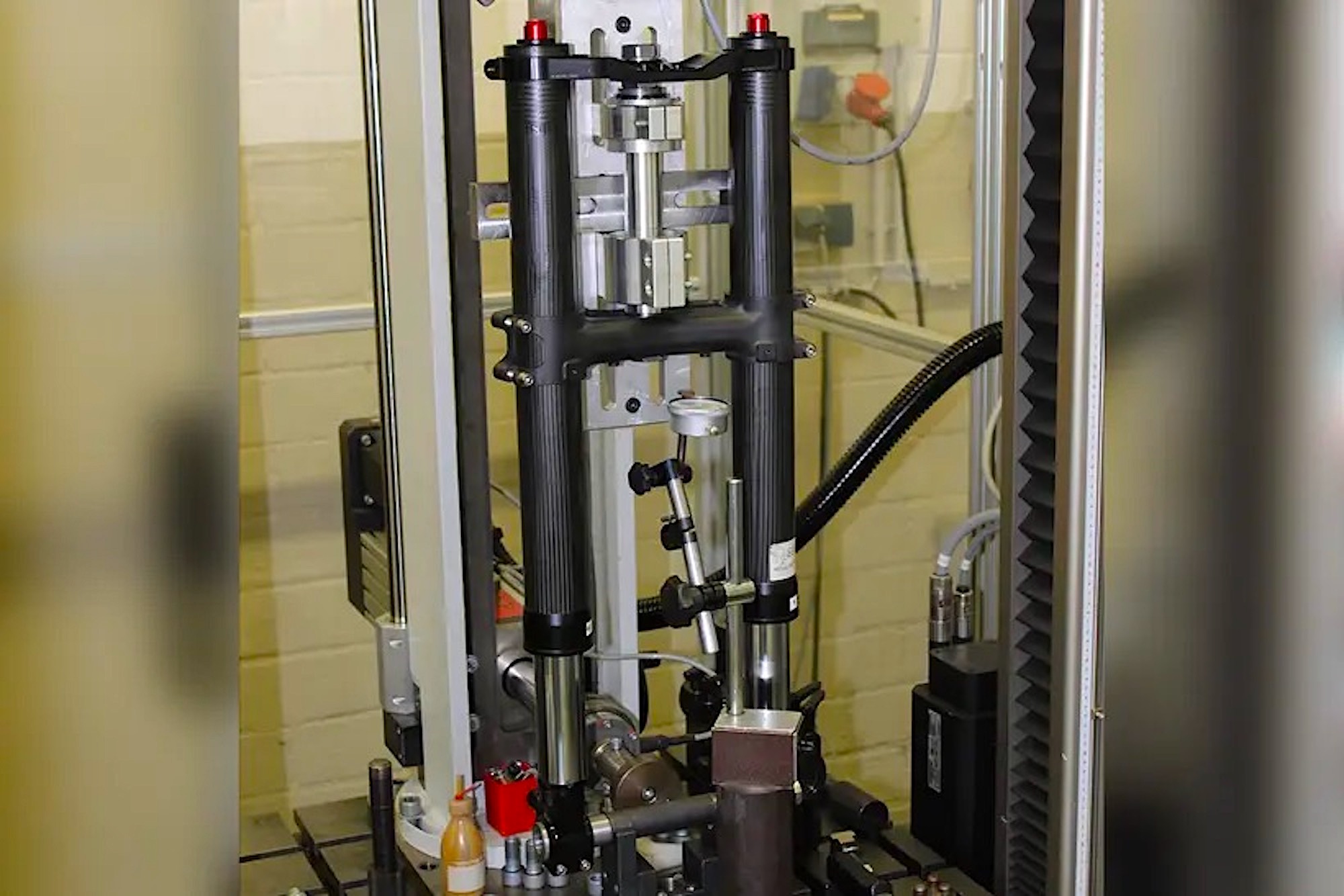 A view of the new carbon fiber suspension package that BMW is currently using on their race machines. Media sourced from MCN.

For reduced friction, the tubes have been encased in a thin layer of metal – but let’s not make light of the huge potential of carbon fiber for future suspension units:

“Because carbon can be tailored to flex differently depending on how its fibres are laid, the forks have the scope to be more rigid in one direction than in another…for instance, they could be designed to withstand longitudinal bending forces under braking while flexing more when sideways forces are introduced, as they might be when you hit a mid-corner bump with the bike cranked over on its side,” adds the report. 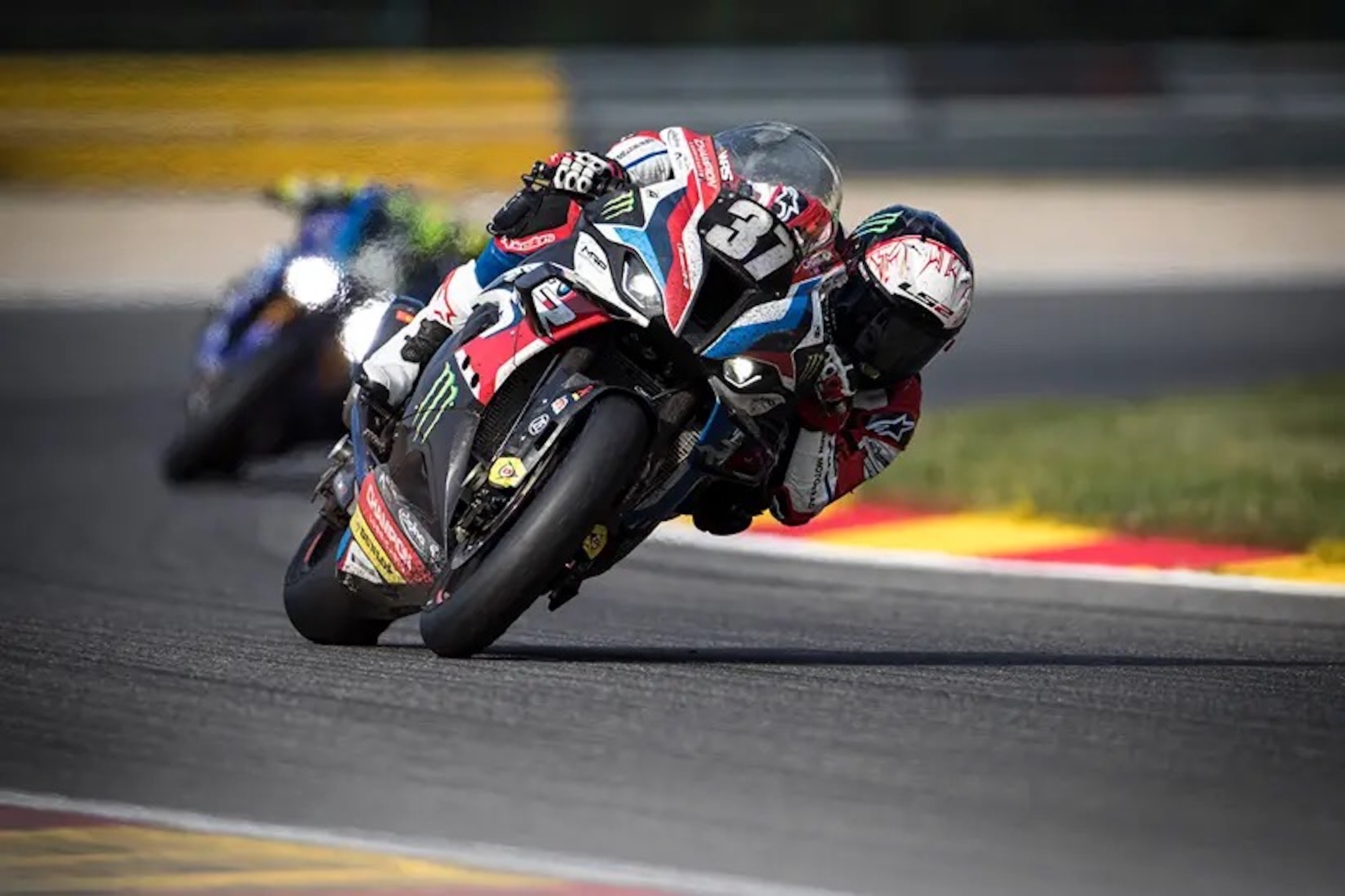 A view of the new carbonfiber suspension package that BMW is currently using on their race machines. Media sourced from MCN.

“Handling is determined by everything that happens between the points of contact of the front and rear tyre,” finishes Bongers.

“The fork is a key part of the overall package here, because it is important for how the rider feels when braking and cornering…[and] this overall package also includes chassis and swingarm…”

Want to keep an ear down on the industry’s doings? Be sure to subscribe to our newsletter for updates on the best of the latest; drop a comment below letting us know what you think, and as ever – stay safe on the twisties.