Visit site
You know that point in a plot where everything looks seemingly hopeless, then a solution to everybody’s problems pops out of nowhere?

The Oxford Dicationary coins this particular term ‘Deus Ex Machina,’ or ‘god from the machinery,’ for when ancient Roman theatrics called for their deities to be strung up swinging above the stage to bleat out the answer to the plot’s chaos.

It’s a pretty darn important role to have if you pass the auditions – which is why the label ‘Deus Ex Machina’ is so well suited to one of our all-time favorite custom bike shops. 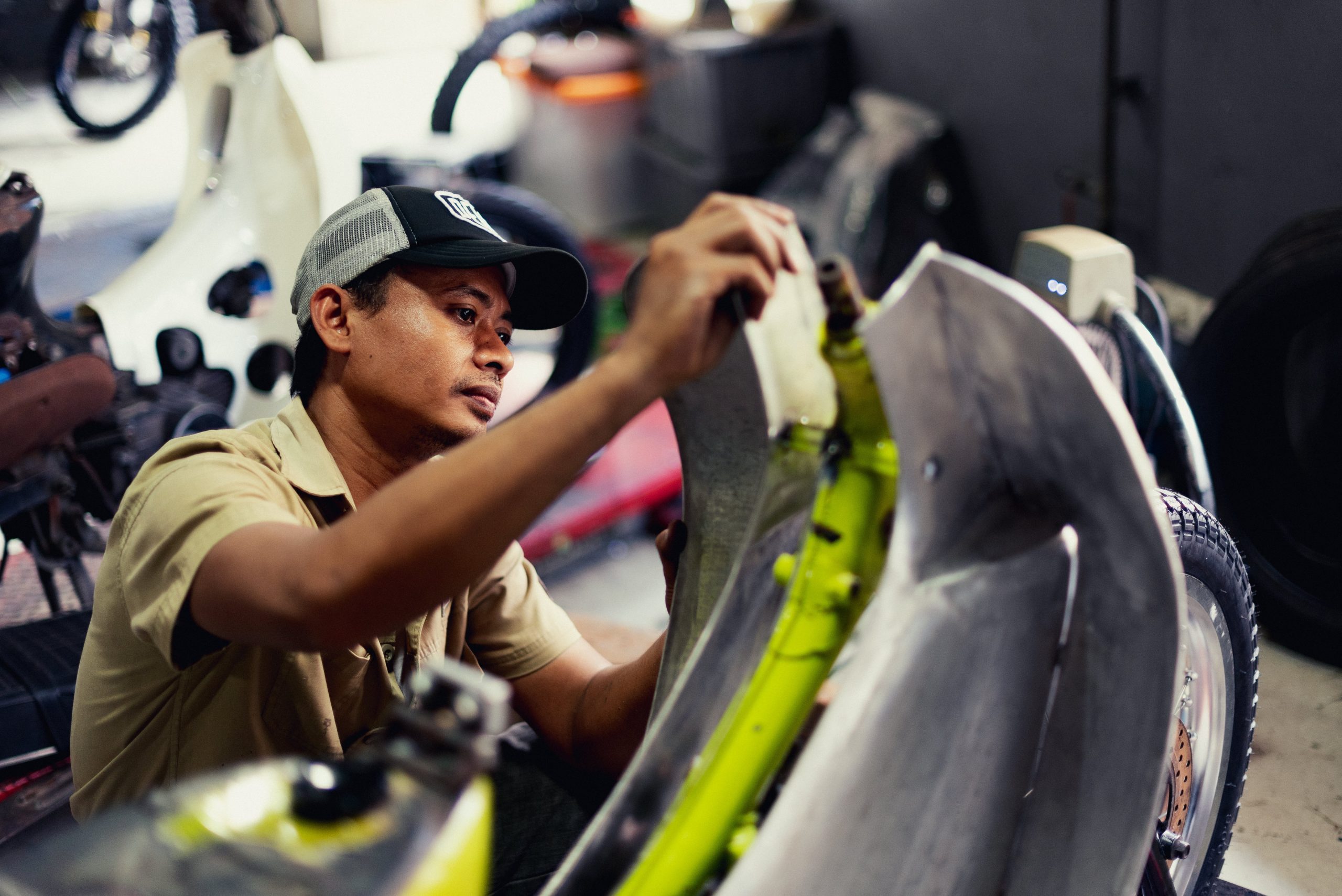 Aussie-founded Deus Customs creates some of the most brilliant one-off bike builds in the world – and with their paws in the gilded pots of anything from a partnership with Zero Motorcycles (check out what they did with this S/RS) to this custom Yamaha Ténéré 700 inspired by the Dakar Rally, the world is their playground. 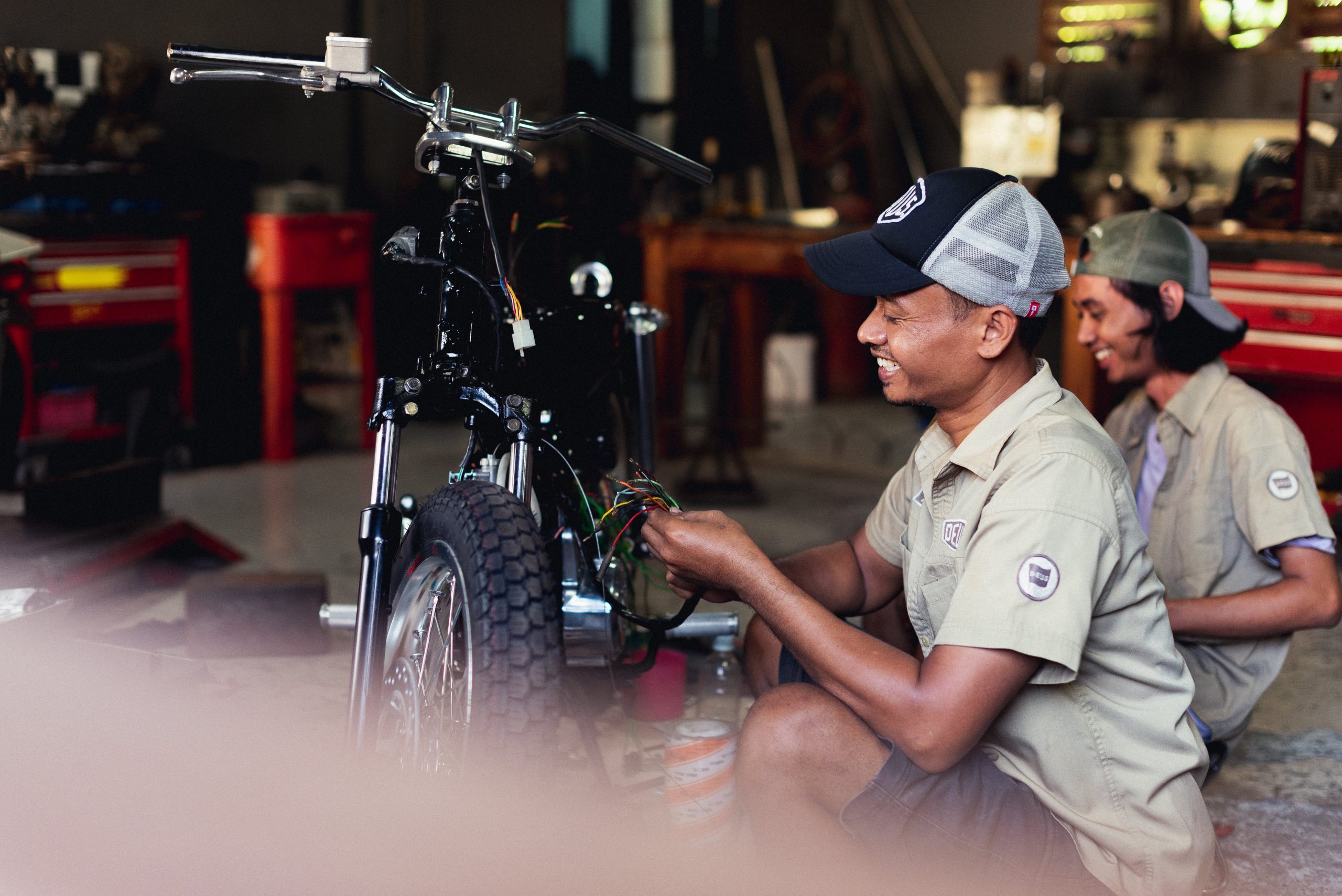 So it stands to reason that, every once in awhile, it’s nice to take a break from the big guns and focus on something a little more…pint-sized. 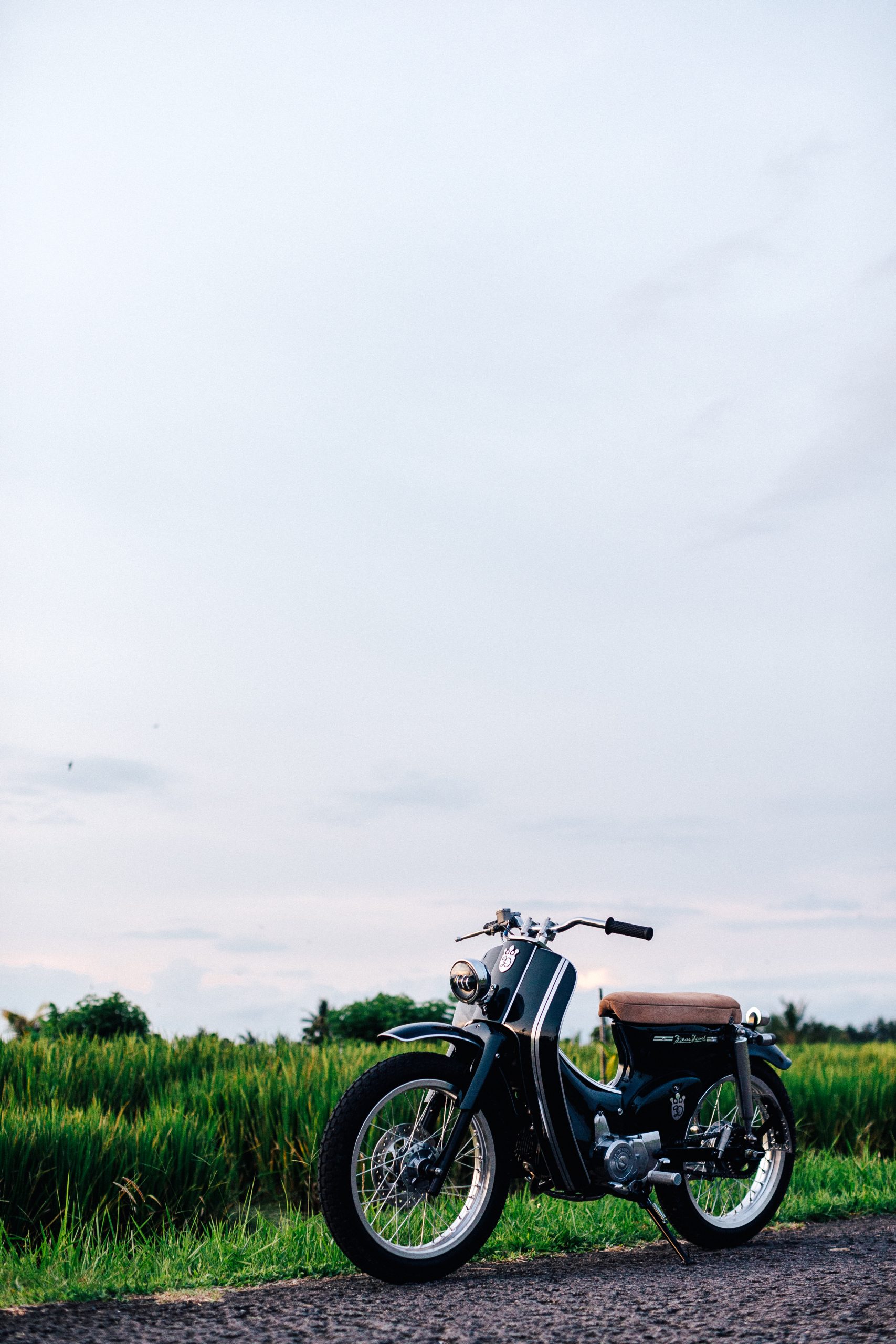 Inspired by Italian mopeds, Top Speed tells us that the donor bike was a 1979 Honda C100 (though, to be honest, not very much of the original machine was left after all was said and done).

“Mechanically speaking, this was a ground-up rebuild. Nothing left untouched,” admits Deus in their coverage of the build. 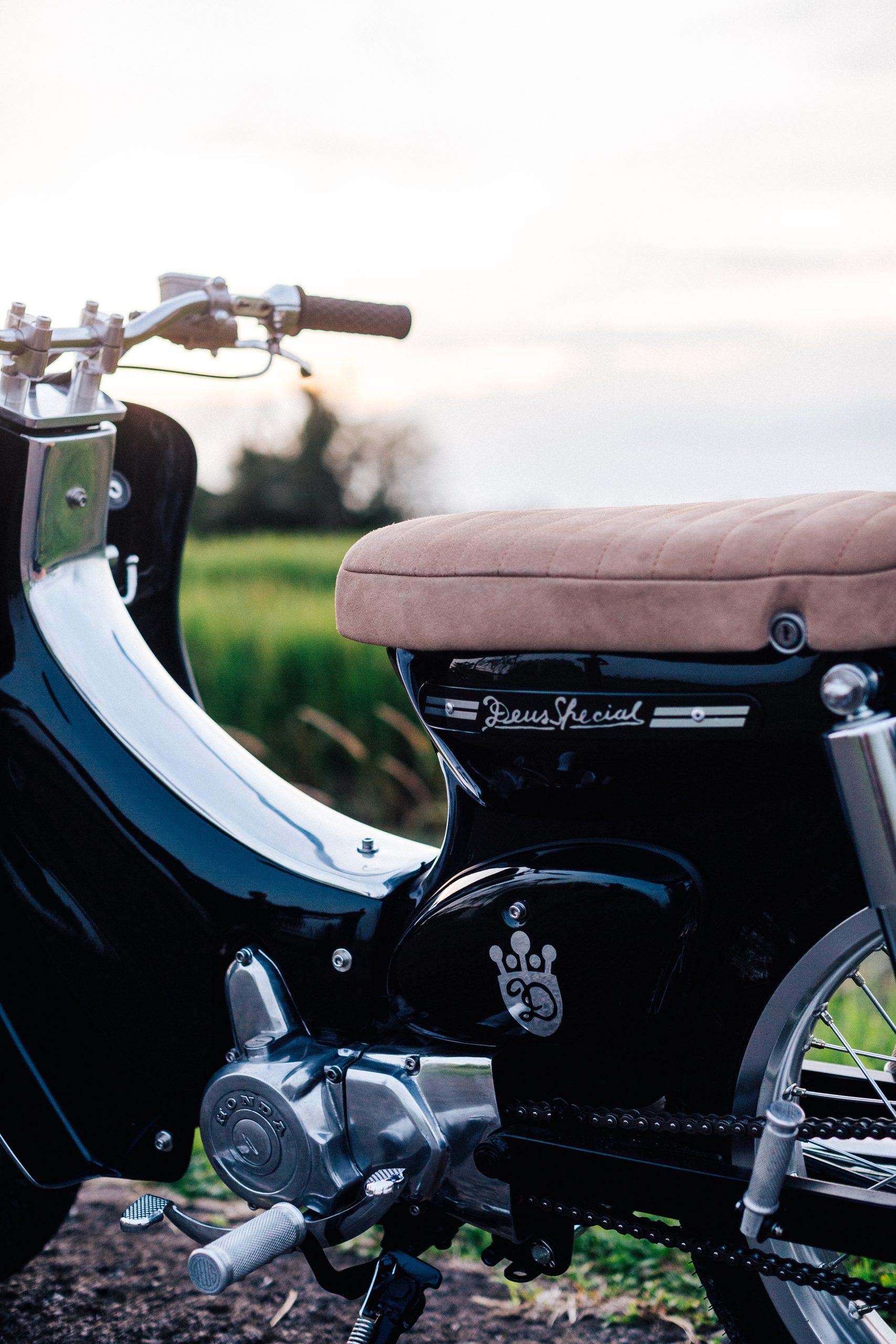 The facelift started with the addition of an aluminum plate leg shield, in line with “vintage Vespa’s and Lambretta’s from the 70s to 90s.” It continued onward to a new, light brown suede seat pan, a refreshed engine (and hearty slide carb), a shiny new peashooter pipe, and readjusted ergonomics (handles, etc), along with a neat Deus badge set to adorn the front and the sides of the little unit. 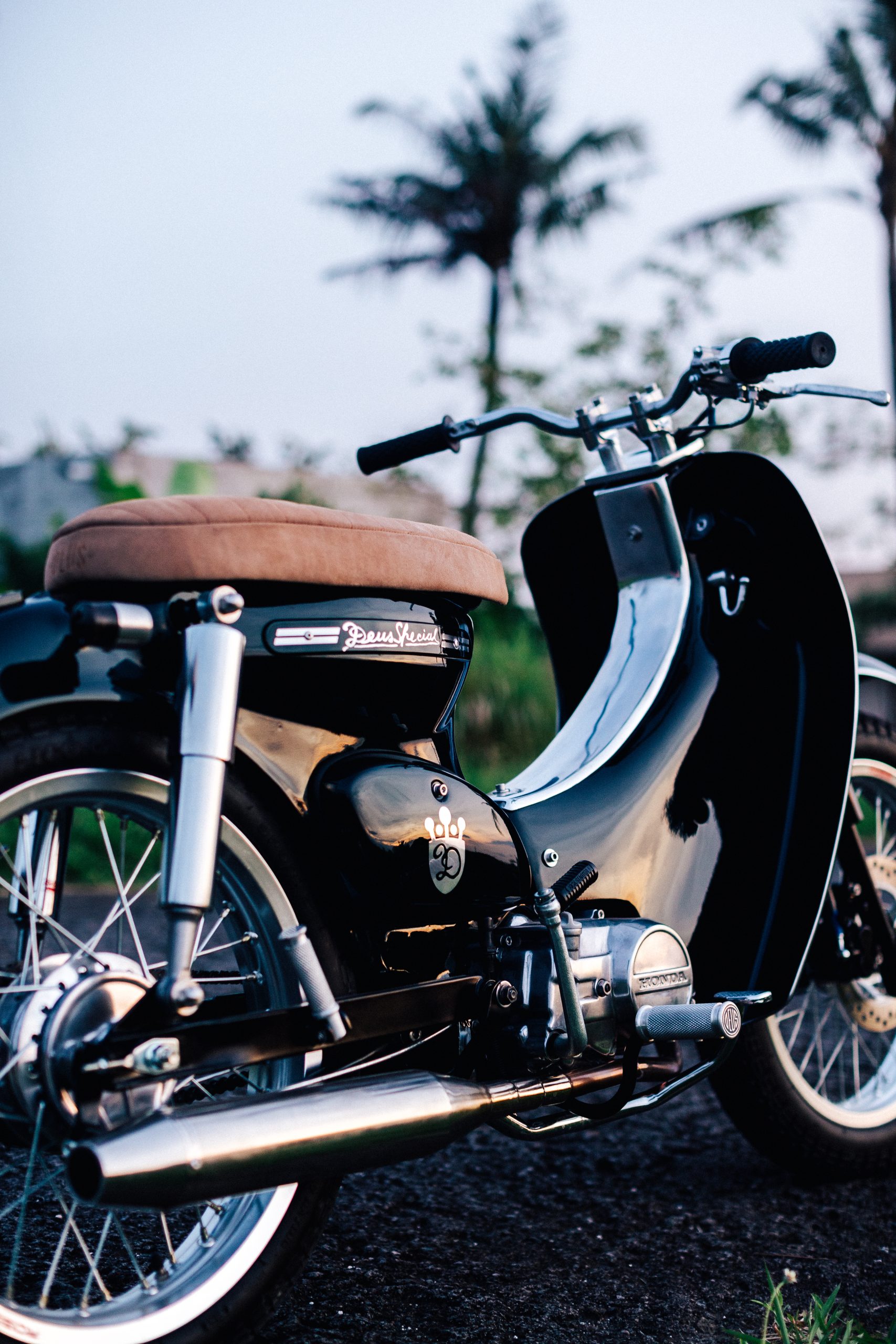 Dress her up in a pretty bit of dark green livery inspired by British racing hues, and you’ve got yourself a neat thumper that will not only get you from point A to point B, but will bump up your ride aesthetic to the next level as you’re enjoying the scoot. 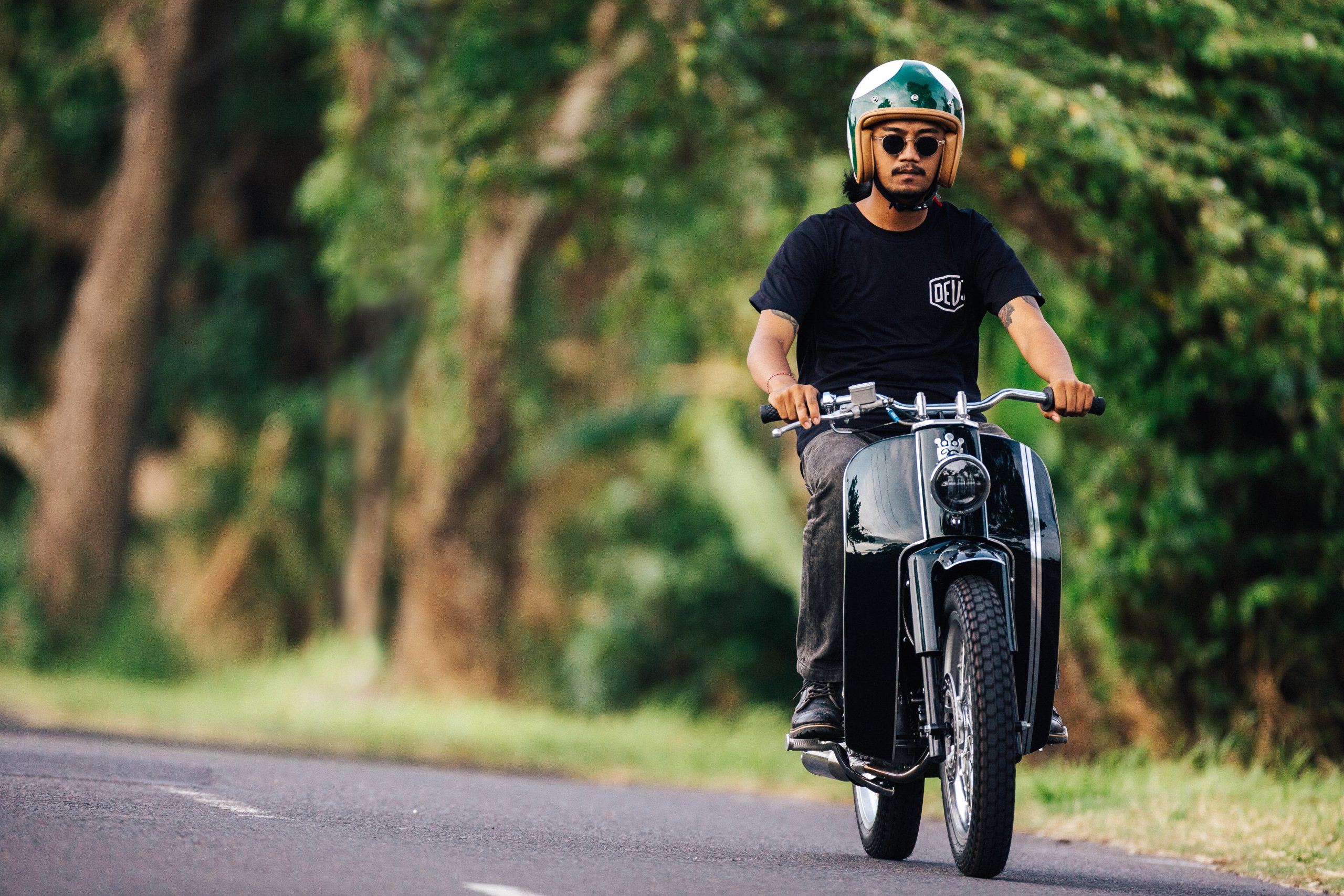 Deus was awesome and made sure to include a bevy of photos of the whole process from beginning to end, so be sure to check those out below, support the shop via their website, and as ever – stay safe on the twisties.