Visit site
On September the 8th, the UK and other connected countries were notified of the passing of their reigning monarch, HM Queen Elizabeth II of the United Kingdom.

Celebrated as ‘the longest-reigning monarch in British history’ (via WJS), the queen’s reach was far indeed, spanning from the United Kingdom, all the way west to Canada, in Australia far to the east, to New Zealand below, in South Africa, and also in Pakistan and Ceylon (via Wikipedia).

It’s not often that we cover figures of such influence here at wBW, but – as you know by now – we are slightly bonkers about bikes…which is why we bring you a celebration of the late Queen Elizabeth II’s life by covering the royal’s time on bikes of her own. 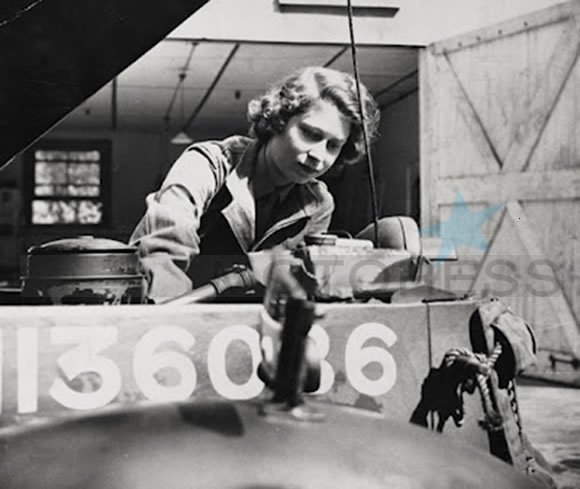 HM the late Queen Elizabeth II of the United Kindgom, standing as a member of the women’s Auxiliary Territorial Service as ‘Inductee No. 230873.’ Media sourced from Motoress.

Oh yes – and if you think about it, running a country (or several) takes a bit more juice in the ‘nerves of steel’ department; besides, what better way to serve your country than by diversifying the ol’ pony-power portfolio?

“Back when Queen Elizabeth was Princess Elizabeth she joined a Military Training Scheme during the Second World War, like many young women of the time, and it was there where she learnt to ride a motorcycle,” explains an article from BikeSales.

“Pictured here riding a 250cc BSA C10 machine [some say a Royal Enfield Model WD/D 250cc SV], she’s navigating her way through a practice slalom course and even looking where she wants to go!” 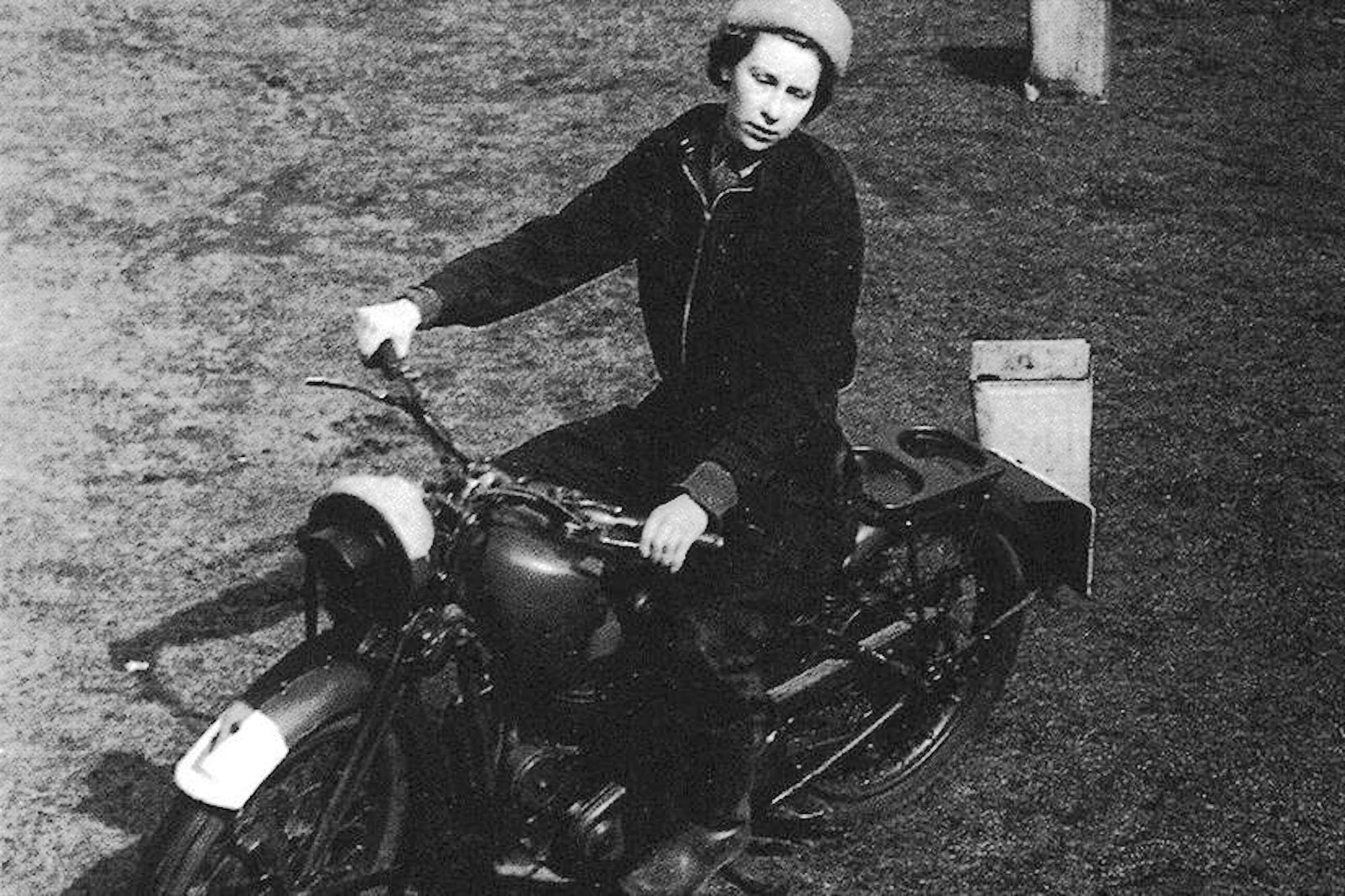 Princess Elizabeth’s time in the women’s Auxiliary Territorial Service as ‘Inductee No. 230873’ rendered her ‘tearing apart and rebuilding engines, swapping tires, and working alongside her fellow ATF trainees.’ (via MonteCristo Magazine).

Coming home to Buckingham Palace ‘in grease-spattered coveralls with dirt under her fingernails’ was just the beginning of the good lady’s inspiration to the public; in servicing her country, Elizabeth was also bolstering troops to rally to the cause, with her right to autonomy being ‘further inspiration for more independent roles for women in society.’

This (and the daring exploits of other female riders like herself) gave rise to ‘a new generation of women interested in riding’ – myself being one of them. 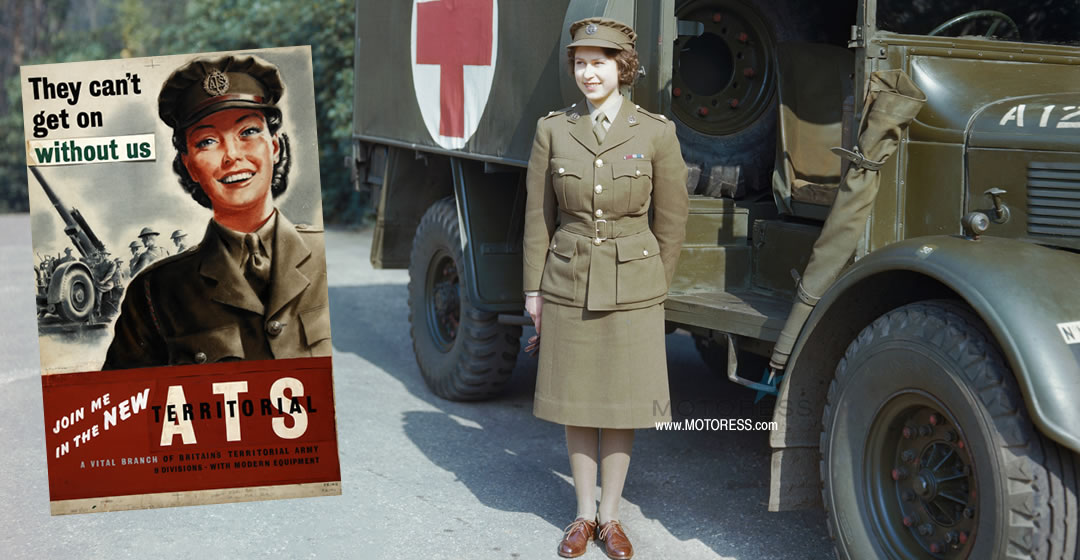 HM the late Queen Elizabeth II of the United Kindgom, standing as a member of the women’s Auxiliary Territorial Service as ‘Inductee No. 230873.’ Media sourced from Motoress.

It’s not just the (late) Head of the Commonwealth that had the bike bug; her husband, the Prince Consort Phillip, was purportedly ‘a mad keen lover of motorcycles,’ with grandsons Harry (today’s Duke of Sussex) and William (the current Prince of Wales) also taking a shine to the two-wheeled sector. 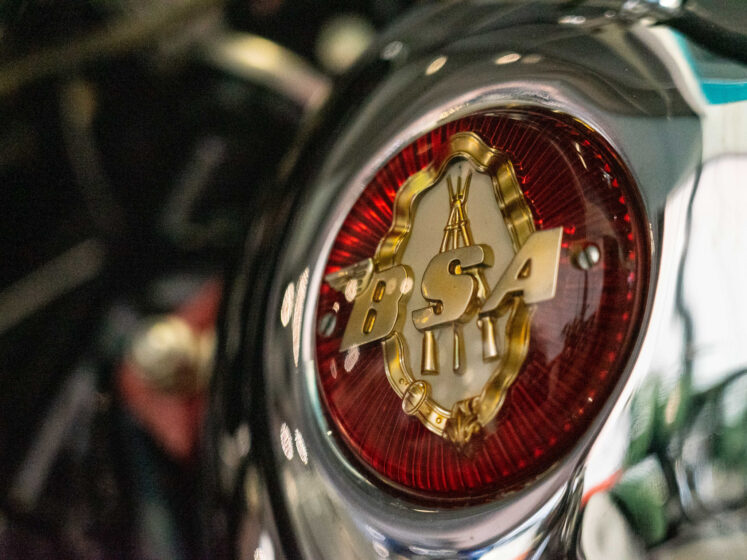 A BSA logo, in commemoration of the machines that the Princess rode. Media sourced from the Monte Cristo Magazine.

The royal family has been known to scoot about on anything from a Triumph 675 (Harry’s choice), to a Ducati 1198s (Will’s long-standing favorite), to the more current Team Red Panigales; Harry and William even went so far as to get through a tour of South Africa on Honda CRF230L dirtbikes, trekking 16,000km through the country to raise £500,000 for children’s charities back in 2008! 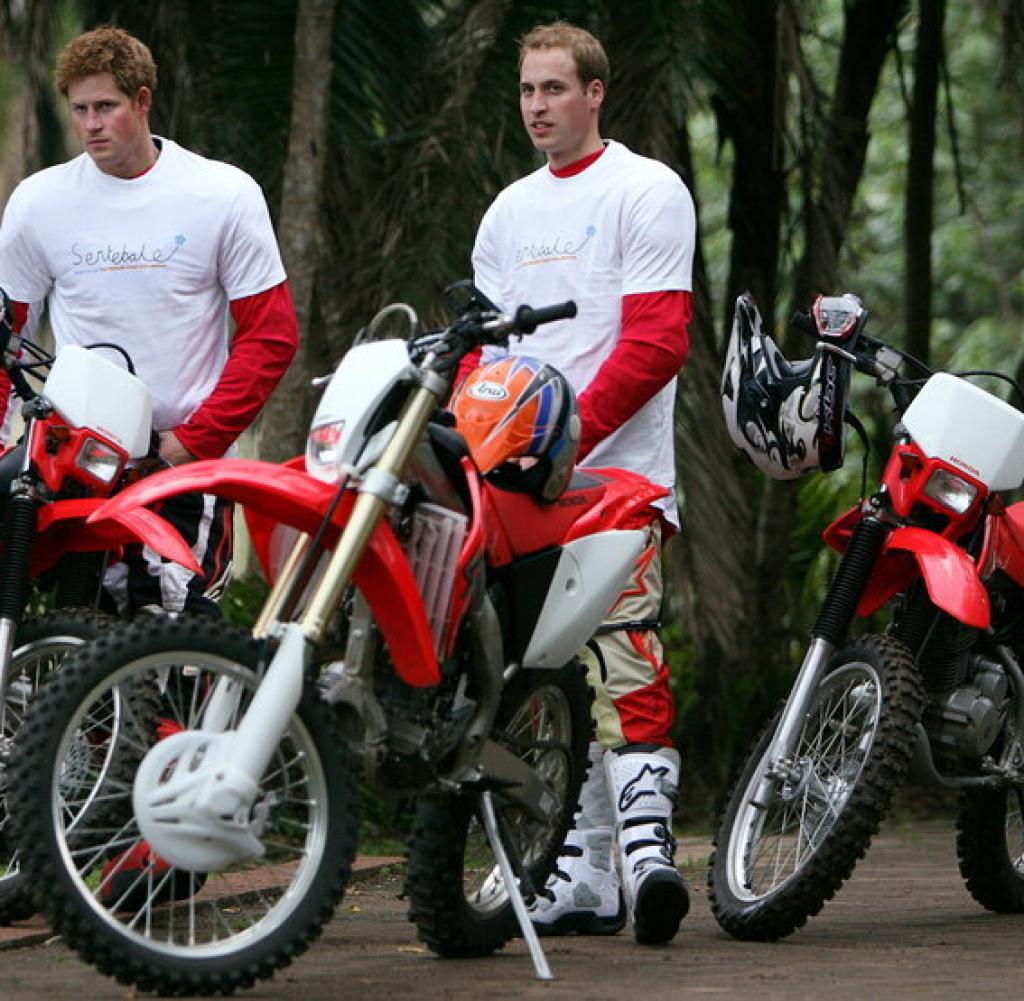 Prince Harry (the Duke of Suzzex) and Prince Wiliam (no the Prince of Wales), on their charity ride through South Africa. Media sourced from WELT.

In short, bikes have always been a staple in the garage at Buckingham Palace proper – and we can thank the influence of our late queen for today’s percentage of pretties gunning to swing a leg over in the name of freedom and independence.

Drop a comment below, hope you get to enjoy the weather in commemoration of the late Queen Elizabeth the Second, and as ever – stay safe on the twisties.