Aprilia has already brought us the grand unveilings of the new Tuono 660 and recently debuted RS 660 – so now it’s time for their bigger full-size brothers to get some time in the spotlight. The RSV4 and Tuono V4 are coming into 2021 with some notable updates to the base and factory versions.

For those not caught up on Aprilia’s model guide, with both the V4 and 660 versions; the Tuono and RS share the same engine and general DNA, but the Tuono is typically more comfortable for every-day streetability leaving the RS as a highly-capable track-missile. 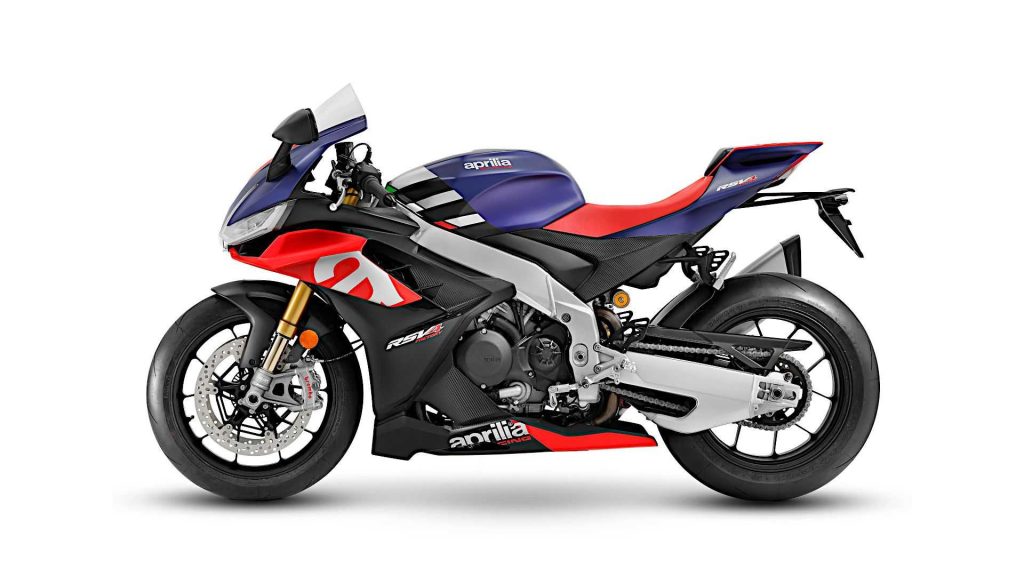 The RSV4 (and factory edition) have seen an updated facelift with the inclusion of a triple LED headlight assembly that bend with the curvature of the road as you ride so the path ahead is more visible. Winglets stationed on the sides of the fairings have been re-seated in a better position to integrate themselves into the fairings.

The engine has been revisited due to Euro 5 regulations and as a result, Aprilia took the opportunity to bump the engine displacement from 1077cc to 1099cc’s for a total of produce 217 horsepower.

The RSV4 also comes with a new (and bigger) TFT display featured in the dash along with an updated ECU. The electronics have had a go-over with new multi-level engine braking, six riding modes, and the ride-by-wire system has seen improvements.

If you have your eyes set on the RSV4 Factory, you’ll be pleased to hear that it will complete with semi-active suspension from Öhlins along with Brembo Stylema brake calipers and forged wheels to improve the track-ability of the bike. 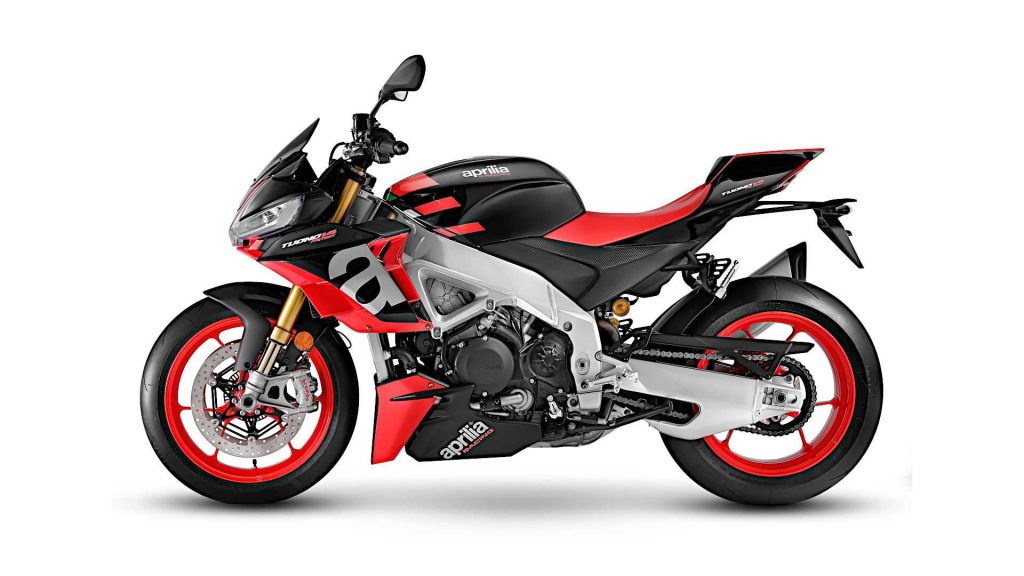 Since the Tuono is so closely tied to the RSV4 (with the similarities far outweighing the differences), most of the changes that made their way over to the RSV4 can also be found on the Tuono: headlights, electronics (including riding modes and ride-by-wire update), ECU, IMU, fairing changes, and the rest. The Factory Tuono will also closely resemble the RSV4 Factory and reflect those changes as well.

The main difference between the Tuono and RSV4 going into this year will be the engine. Aprilia opted to keep the 1077cc engine (producing 157 hp) in the Tuono V4, so if you’re looking for face-melting power the RSV4 is the better option in that regard.

At the moment, we have no official pricing for the V4 duo available from Aprilia, but you can probably expect a slight pricing increase from last year’s model due to the big changes that have made their way over to both bikes.

The post Here’s A Look At The Updated 2021 Aprilia RSV4 and Tuono appeared first on webBikeWorld.

The 2021 Aprilia Motorcycle Lineup + Our Take On Each Model